New York, NY As corporations and institutions plot out strategies for bringing workers back into the office, effective communications and carefully executed change management may be

New York, NY Recognizing that the pressing issues facing contemporary urban centers, communities, and the natural environment can only be solved with bold, collective action, Marvel Architects has transformed its practice into

New York, NY According to Rand Engineering & Architecture DPC, the first ever cycle filing window for NYC Local Law 152 of 2016, which requires the inspection of gas piping systems at least once every

Adaptive reuse refers to the process of reusing an existing building or property for a purpose other than which it was originally built or developed. It is also known as repositioning or conversion. Adaptive reuse is

Bronx, NY According to The Doe Fund, its Webster Green residence has won the Best in American Living Award from the National Association of Home Builders.

Executive of the Month: Walter Marin of Marin Architects is embarking on building projects with fellow forward thinkers

Trending Stories
This week's columnist:
Misconception: Title insurance companies make the most money in a transaction - by Jason Hudson and Dorian Lam 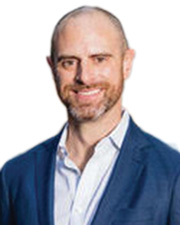