Pincus and Ikes promoted at H2M

New RochellE, NY In an informative conversation with Business Council of Westchester (BCW) president and CEO Marsha Gordon, Great Point Studios president and CEO Robert Halmi discussed his vision for bringing Lionsgate Studios to Yonkers and his plans for transforming Yonkers into “Hollywood on

Bronx, NY DIGroup Architecture has been named the design architect by the New York City School Construction Authority (SCA) for PS X515, a new Pre-K through grade 5 school. It is the firm’s first ground-up public-school design assignment in New York City under the SCA’s Capacity Program

Trending Stories
This week's columnist:
Marketing trends in a period of uncertainty - by Kimberly Zar 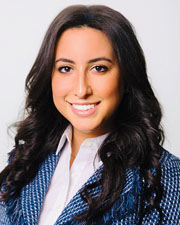