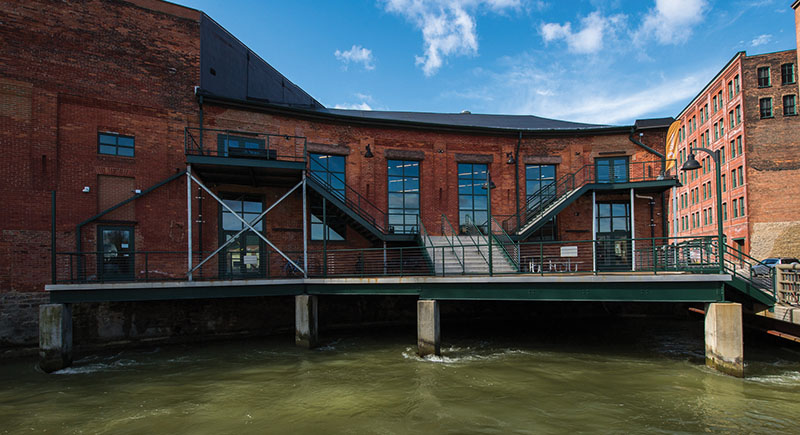 Rochester, NY According to governor Andrew Cuomo, software development enterprise LiveTiles has selected the city’s Downtown Innovation Zone to establish its North American Intelligent User Experience (IUX) Hub. The company chose the city  over North Carolina and other locations in the Eastern U.S. The $17 million project will result in the creation of at least 500 new jobs over the next five years, 60 of which have already been created in recent weeks. The project is expected to be completed in March of 2023. 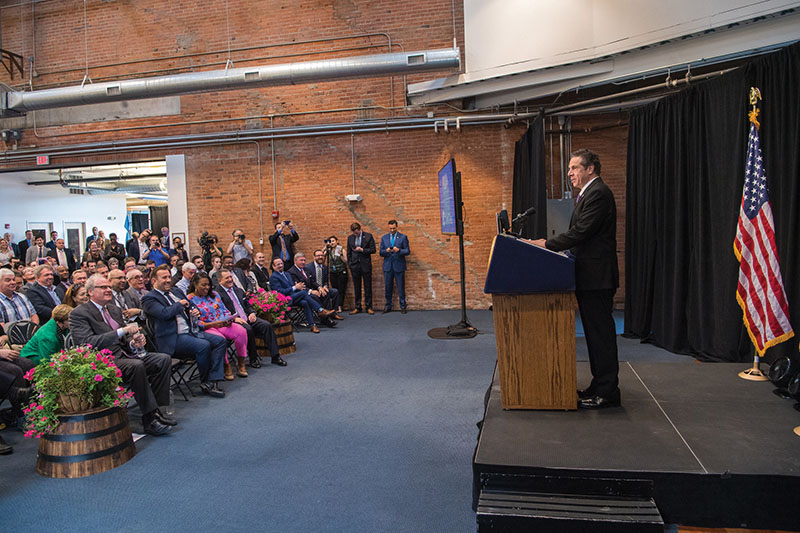 “Our strategic investments in downtown Rochester are transforming the Finger Lakes into a hub of high-tech innovation and developing the next generation of business leaders,” Cuomo said. “LiveTiles’ decision to establish their North American Hub in Rochester’s Downtown Innovation Zone is proof positive that our economic development investments to drive growth and enterprise are working, and this state-of-the-art company will bolster our efforts to move the Finger Lakes economy forward.”

The new IUX Hub will be located in the city’s High Falls District at 61 Commercial St. The expansion project will include outfitting the new facility and hiring new employees. Staff will range from client-side teams such as customer success managers and business development roles, to technical teams such as solution engineers and AI (Artificial Intelligence) deployment specialists. These teams will also support the rollout of additional platform offerings that are currently under development.

Empire State Development will provide up to $7 million for the transformative project, including a $3.5 grant through the Finger Lakes Forward Upstate Revitalization Initiative and $3.5 through the Excelsior Tax Credit Program in exchange for job creation commitments. These investments will support the facility’s renovation, furnishing and the purchase of equipment including computers and servers.

The decision by LiveTiles to open its IUX Hub in the High Falls District builds on the transformation already underway in the Downtown Innovation Zone. This momentum is further complemented by the comprehensive “ROC the Riverway” project announced by governor Cuomo in February. The $50 million initiative aims to revolutionize the area surrounding the Genesee River and unlock the potential of Rochester’s waterfront.

The Genesee River has long served as an economic engine, and under the leadership of governor Cuomo, and in partnership with the city, the waterfront is poised for rebirth as an attraction for commerce, recreation and tourism. Additional investments have been made in the city under the governor’s leadership, including more than $100 million committed to projects in and around the city center to develop Rochester’s downtown. The state’s significant commitment has leveraged more than $800 million in private investment, leading to the creation of the new Rochester Downtown Innovation Zone where LiveTiles is establishing its IUX Hub.

LiveTiles, which was established in Australia in 2014 and is now headquartered in New York City, is one of the fastest growing tech companies in the world, with offices on three continents. It develops software that is user-centric and helps organizations and businesses collaborate more easily through their suite of complementing products that serve small, medium and enterprise businesses across all industries. The company’s applications give both developers and business users tools to easily create dashboards, employee portals, and corporate intranets that are enhanced by artificial intelligence and analytics features.

LiveTiles CEO Karl Redenbach said, “As we continue through this phase of extended, rapid advancement, we considered many cities for the base of our expansion, not just nationally, but globally. Rochester quickly became the standout choice. The city, as well as NY state, are looking for the same considered growth as LiveTiles, with an eye to both leading-edge innovation and longevity.”

Empire State Development president, CEO and commissioner Howard Zemsky said, “Rochester’s Downtown Innovation Zone provides a high-tech ecosystem for companies looking to take their business to the next level. LiveTiles new facility will create hundreds of 21st century jobs and build on the growing economic momentum of the downtown area.”

Rochester mayor Lovely Warren said, “I am very excited to welcome a new employer, LiveTiles, to the Downtown. Not only will this company bring hundreds of quality jobs to our Center City, but it will further expand Rochester’s knowledge economy and serve as a catalyst for future job growth. I am grateful to Governor Cuomo and Empire State Development for helping to bring this incredible employer to Rochester through Finger Lakes Forward. This development is helping us achieve our goals of creating more jobs, safer, more vibrant neighborhoods and better educational opportunities for our citizens.”