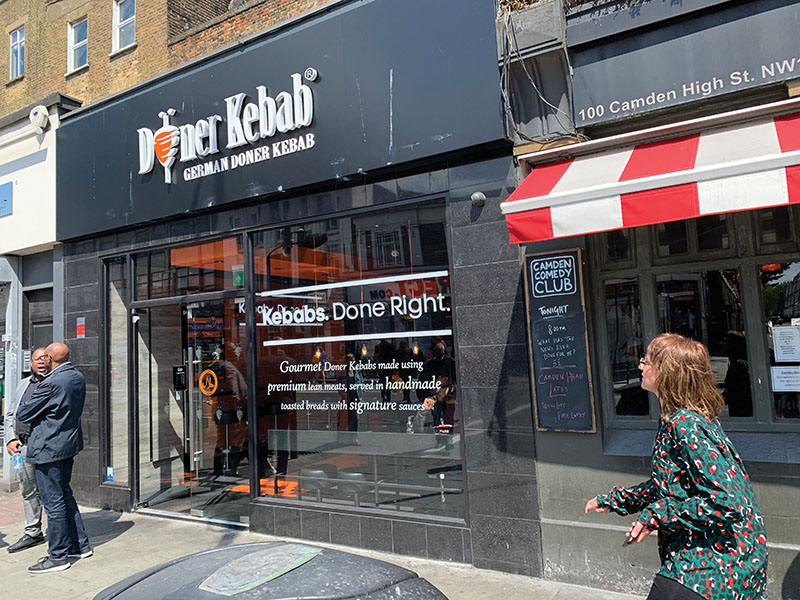 East Rutherford, NJ German Doner Kebab (GDK), a fast-casual dining chain plans to open 350 locations in the U.S. in the next seven years. Its first franchise will open at the American Dream mall.

The chain—as the name implies—specializes in döner kebab: seasoned slow-cooked meat often served on flatbread with various accompaniments. A döner kebab sandwich relates to Turkey the way a hamburger relates to the U.S. or fish and chips to England. GDK already operates more than 70 locations in the United Kingdom, Sweden, Dubai, Abu-Dhabi, Oman, and Bahrain. GDK also plans to open locations in Ireland and Saudi Arabia.

Joseph Aquino, president of JAACRES, a Manhattan based real estate commercial services firm, consults for GDK. He has assisted the company with their  first U.S. location at American Dream, and is currently scouting for suitable locations in other malls, shopping centers, and central business districts. Aquino notes that GDK’s products feature top-quality beef and chicken, and the produce is delivered daily by local suppliers.

“The beef is grilled on a vertical spit and a typical franchise kitchen is relatively small, at about 400 s/f,” he said. “This area includes a walk-in freezer, and the kitchens are virtually spotless because the meat is self-contained. What makes GDK’s products stand out, besides the quality of the meat, are the secret sauces and the bread, which is baked fresh daily. These fresh, locally sourced ingredients result is nutritionally sound gourmet experiences that contain virtually no preservatives or additives and can serve as a great meal any time of the day or night.”

GDK plans to open more stores later this year, on a franchise basis. In other words, the stores will be individually owned, and owners will use GDK’s proprietary branding, advertising, and in-store décor. For the time being, the company plans to open 350 locations all over the U.S., but that figure could change, according to demand. GDK is currently interviewing individuals interested in owning a one- to five-store franchise or a master franchise territory.  Outlet sizes are 1,300 to 1,500 s/f, and full concept models can range from 2,500 to 3,000 s/f. Seating can accommodate more than 40 patrons. Average investment per location will range from $320,000 to $450,000.

Aquino notes that American Dream consists of 3.7 million s/f of retail space, of which 55% is geared to food and beverage options and family-oriented entertainment.  TRIPLEFIVE, which owns and operates American Dream, also owns the West Edmonton Mall in Edmonton, Alberta, Canada and Mall of America in Bloomington, Minn. TRIPLEFIVE has more than 40 years of experience in the entertainment side of shopping malls. 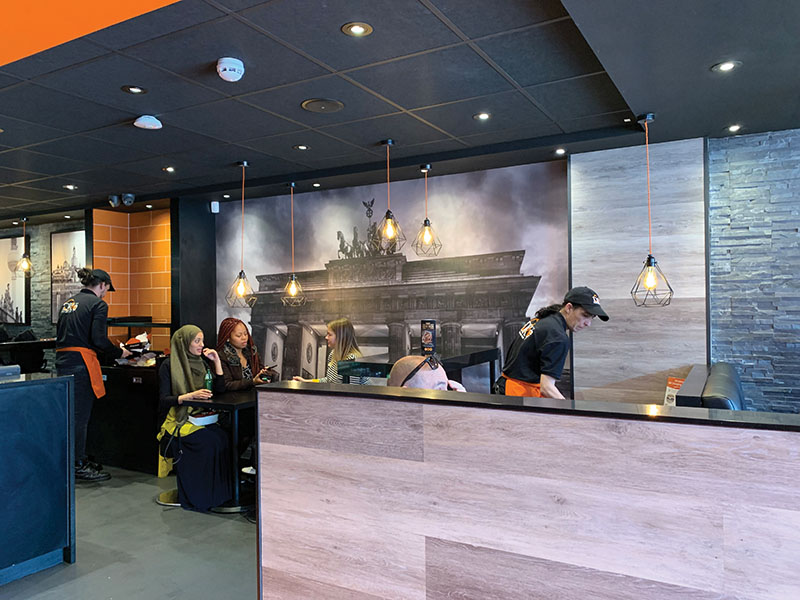 GDK plans to be up and running later this year as part of the mall’s grand opening.

“With some of the world’s malls working to readapt to a less retail business model, these entertainment-heavy developments are the malls of the future,” Aquino says. “The first two TRIPLEFIVE malls have about 20 percent entertainment attractions, but American Dream more than doubles that amount, with an eight-acre Nickelodeon Park, an eight-acre DreamWorks Waterpark, and North America’s only indoor ski lift—with several ski runs and a full professional ski shop.”

The DreamWorks Waterpark features a wave pool and cabanas for families—and table service by the pool for a younger audience in the evenings. The ski shop offers rental options for gear and apparel, as well as a wide selection of for-sale items. The skiing area features Swiss-style chalets at the base of the lift, where skiers can enjoy a hot cocoa or something more substantial.

“You can also find an NHL-size ice skating rink that’s available for leagues as well as for skating by the general public,” Aquino says. “The mall also has a miniature golf course, and a Kidzone, where parents can drop off their children while they shop. The Kidzone has educational elements as well as entertainment, so young folks can explore careers like dentistry or commercial piloting, via the very latest in interactive informational technology. At the same time, parents can stay connected to their children by an app to their smart phones.”

Just lately, GDK) has partnered with Deliveroo, the United Kingdom’s largest food delivery company, to make 30,000 meals available to frontline National Health Service (NHS) workers in the U.K., as well as to vulnerable people who are unable to leave their homes—free. GDK has 41 restaurants throughout the country and is backing the campaign as part of its efforts to support communities and frontline staff responding to the Coronavirus.

“GDK has built up a lot of goodwill by partnering with Deliveroo in this effort to lessen the inconvenience of having to ‘shelter in place’ for the time being,” Aquino said. The company is coming into the States with a reputation for community spirit, service, and a quality product.”