Manhattan, NY According to RIPCO Real Estate, Hotel Chocolat, a British-based chocolatier and cocoa grower, is expanding its presence to the U.S. via a 1,065 s/f lease at 441 Lexington Ave., between 44th and 45th Sts. The chocolatier’s stateside location opened December 10, 2018 and has a café component where customers will be able to sample a variety of chocolates. RIPCO’s Beth Rosen, executive vice president and Emily Simmonds, director, represented the landlord. Hotel Chocolat represented themselves.

Manhattan, NY According to The Durst Org., I Love Kickboxing, Soul Dental and Anthology Wine & Spirits each signed 15-year leases totaling 6,494 s/f for the ground floor at FRANK 57 WEST, located at 600 West 58th St. They are 2,551, 2,555 and 1,388 s/f, respectively. I Love Kickboxing has locations in the U.S., Canada, and Peru. FRANK will be Soul Dental’s second location, they have an office in Chelsea, and Anthology Wine & Spirits third location in Manhattan.

Queens, NY According to leading real estate development companies F&T Group and SCG America, Regal – operator of the second-largest theatre circuit in the United States – has signed a lease to occupy its 34,000 s/f multiplex within Tangram, the new 1.2 million s/f, mixed-use development in Flushing. Regal will be the first theatre to open in downtown Flushing in 30 years, further solidifying the neighborhood as a world-class destination. Tangram’s seven-screen theatre will feature the latest in groundbreaking cinema technology including 4DX, which allows the audience to connect with movies through motion vibration, and environmental effects such as wind and rain. This will be the first 4DX location in the borough.

Bronx, NY According to Simone Development Cos., a full service real estate investment company, CKO Kickboxing, a fitness kickboxing center, has leased 2,500 s/f at the Throggs Neck Shopping Center. Originally started in Hoboken in 1997, CKO Kickboxing currently has more than 65 locations across the U.S. and has been recognized in national fitness magazines and television programs. Fitness kickboxing is the number one fat-burning, cardio exercise, with up to 1,200 calories burned during a one-hour class.

Pennington/Weiner of RIPCO rep landlord in 7,300 s/f lease to Rumble at “The Lane” at Boerum Place

Brooklyn, NY According to RIPCO Real Estate (RIPCO), Rumble, the boxing-inspired fitness concept that is expanding throughout New York City, signed a 7,300 s/f lease at “The Lane” at Boerum Place a new residential development at 117 Livingston Ave. Rumble’s space spans 3,700 s/f on the ground and 3,600 s/f in the lower level.

Schubert and Cheng of TerraCRG broker 1,000 s/f lease to ELEVA

BROOKLYN, NY Greenpoint Landing, a 22-acre project that stretches for half a mile along the borough’s waterfront, will be home to ELEVA, a coffee bar serving direct trade coffee, tea and bottled beverages.

It’s the most magical time of the year in New York City! - by Faith Hope Consolo

It’s that time of year again, with retailers unveiling their holiday window displays and seasonal markets setting up shop, illuminating the city streets with holiday cheer. The sparkling, enchanting department store windows are a sight to behold with magical glass-encased holiday-inspired spectacles.

Manhattan, NY Chef-driven, vegan restaurant by CHLOE is the latest fast-casual spot to open a new location in what has become a major restaurant corridor in the Garment District. by CHLOE has inked a 1,787 s/f, ground floor retail lease at 1385 Broadway.

Trending Stories
This week's columnist:
Seeking a PR firm or agent? Draft an RFP that fits you - by Harry Zlokower 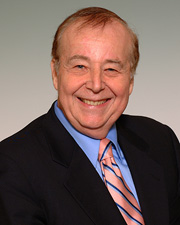