New York, NY According to TF Cornerstone (TFC), French bakery and cafe, Maman, has opened on the ground floor of its residential development The West Coast, located at 95 Horatio St. in the Meatpacking

The New Language of the Office - by Jane Marie DeSimone

It used to be as simple as getting into your car and commuting to work five days a week. COVID changed all of that. Many employees are engaged in some combination of work-from-home and in-office work, or all of one and none of the other. A new

New York, NY Rockabill has secured $12 million in NYC HPD subsidy and $3 million in permanent financing from Community Preservation Corporation (CPC) to facilitate the repositioning of 13 affordable buildings in Morrisania

A reality real estate competition show that was in production for two years, began streaming exclusively on Facebook Watch and Facebook on Wednesday, September 21st. In just four days, the first episode of "The Real Estate Commission" has already 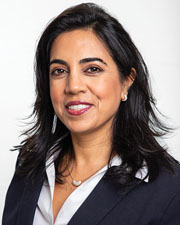