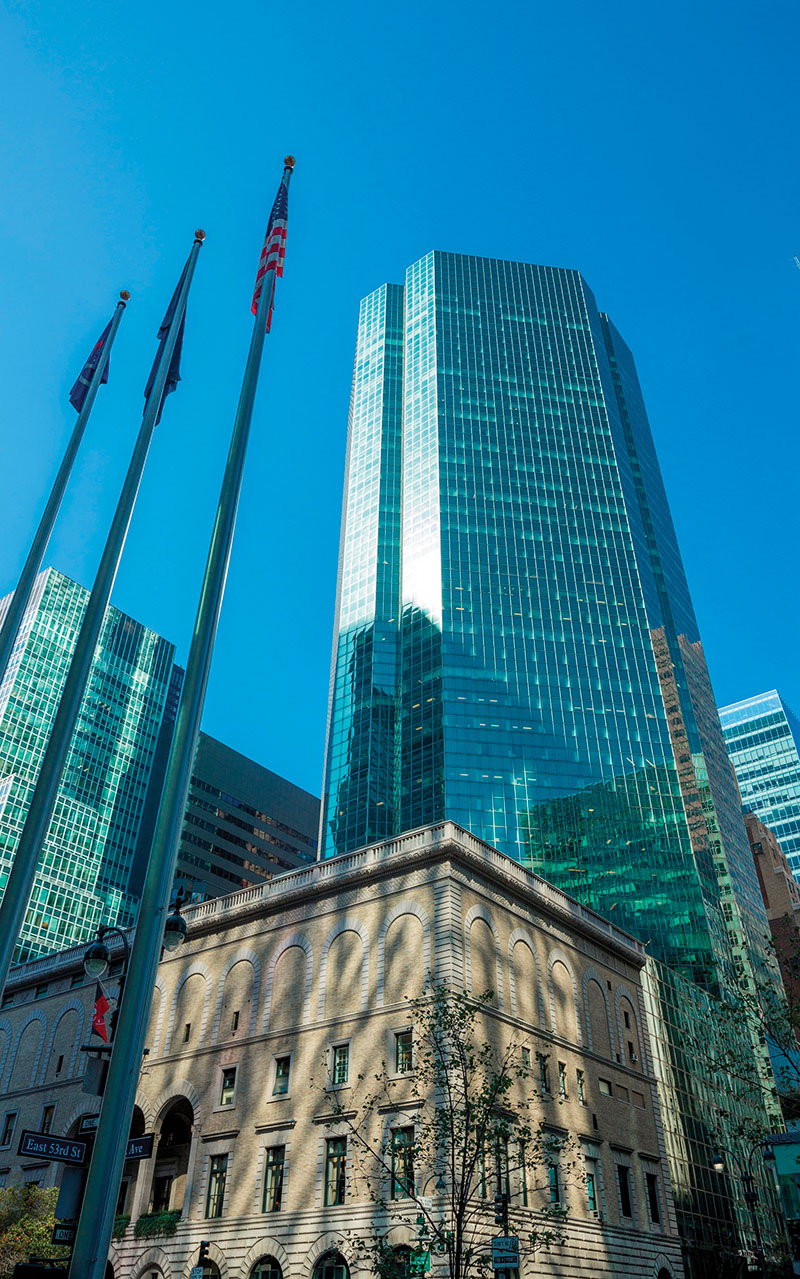 Manhattan, NY According to Fisher Brothers, it has signed a new 16-year, 91,019 s/f direct lease with Duff & Phelps at Park Ave. Plaza, its 45-story tower in the Plaza District.

“We are thrilled that Duff & Phelps has made a long-term commitment to maintain its global headquarters at Park Ave. Plaza and are pleased we were able to accommodate their continued growth,” said Fisher Brothers partner Ken Fisher.

With over 3,500 employees in 28 countries worldwide, Duff & Phelps is a global advisor that protects, restores and maximizes value for clients in the areas of valuation, corporate finance, investigations, disputes, cyber security, compliance and regulatory matters, and other government-related issues.

The Duff & Phelps lease follows a July agreement with Evercore to expand its footprint to 350,000 s/f and remain in the Fisher Brothers tower through 2034. Like Duff & Phelps, Evercore initially moved to Park Avenue Plaza via a sublease more than 20 years ago.

“It is always a source of pride when blue-chip firms like Duff & Phelps and Evercore transition from a sublease to a direct, long-term relationship,” added Fisher Brothers partner Winston Fisher. “We view it as validation of our efforts to provide an exceptional experience to all of our tenants.”

“Business performance and the acquisition of Kroll continue to drive growth at Duff & Phelps,” said Brett Marschke, COO at Duff & Phelps. “The expanded space at Park Ave. Plaza will bring all of our New York teams under one roof. This will enhance collaboration and allow us to better serve our clients.”

Designed by Skidmore, Owings & Merrill and completed in 1981, Park Avenue Plaza has been widely imitated for its many functional and aesthetic breakthroughs.  Features of the 45-story, 1.2 million s/f tower, located at 55 East 52nd St., include a stately green glass façade, 12 corner offices per floor, column-free 45-ft. interior spans, security and a glass-walled atrium lobby with a waterfall-side café and European-style retail arcades.