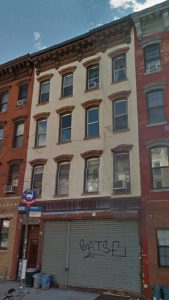 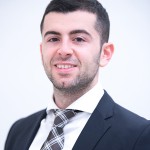 Hakimian said, “The property was never on the market. When the sellers were approached with our offer of $870 per s/f, for an un-renovated walkup in Greenpoint, they couldn’t turn it down. Through the sale they were able to make a great return on investment, purchasing it just three months prior.” The buyer was a local investor, who plans to renovate the building and hold it for the long term.

The sale goes to show the drastic change the neighborhood has seen as of late.  Hakimain said, “Just six months ago people would laugh if you brought them a deal in Greenpoint for over $600 s/f.  Through increased demand for the neighborhood, retail rents have soared on the highly trafficked street names allowing investors to feel confident paying a higher number for mixed use buildings.” 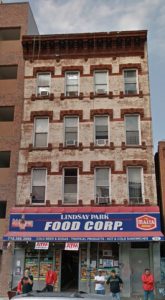 Additionally, Hakimian worked with the same client, Ink Property Group as the purchaser on another deal located at 53 Montrose Ave. in Williamsburg. Hakimian representing the seller and purchaser in the $2.272 million sale (23x gross rent and 2.5% cap rate).

The six-unit building with one store was family owned for over 30 years.

Hakimian said “Due to the strong demand for housing in Williamsburg, Ink Property Group was able to find great upside with all tenants paying well below market rents.  The buyer immediately recognized the opportunity presented to him and was aggressive enough to lock in the deal with a 30 day close.”