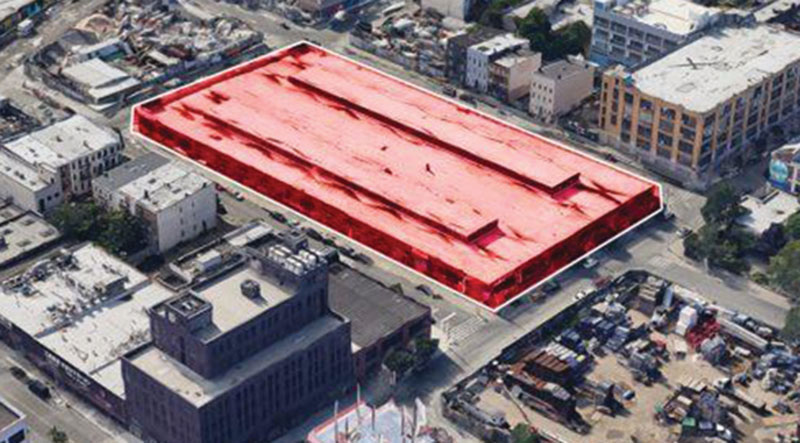 Brooklyn, NY Storage Deluxe, a Manhattan-based owner and developer, has acquired 74 Bogart St. for $45.5 million. The 80,000 s/f vacant warehouse will be redeveloped into a 200,000 s/f, multi-story storage facility containing 4,000 rentable units and will be managed by CubeSmart. The one-story warehouse encompasses an entire block. The buyer plans on building a multi-level self-storage facility which is estimated to cost over $50 million to develop. The property is also located in an opportunity zone, which encourages investors to invest in neighborhoods which are generally not attractive to commercial developers in return for tax incentives.

The deal was led by Storage Deluxe president and co-founder, Steve Novenstein and the company’s director of acquisitions and leasing, Daniel Alvarez.

Cohen & Perfetto guided Storage Deluxe through the acquisition and the financing of the transaction. “The dense urban population in Williamsburg is an attractive location to develop self-storage facilities to fill the need of increased storage space,” said Perfetto, managing partner.

“After careful analysis based on decades of experience in the New York Metro area, we are excited to acquire one of the most prominent development sites in all of Brooklyn,” said Alvarez.

Novenstein said, “We look forward to offering convenient storage options for the growing Bushwick community. Storage is especially important for small businesses, and we expect approximately 40% of our customers will come from this sector.”

This represents Storage Deluxe’s fifth acquisition over the last 12 months, adding to its development pipeline which now totals 11 projects and 1.5 million s/f. In addition, Storage Deluxe completed construction on six ground-up developments projects over the same 12-month period, totaling 830,000 s/f. This new facility is scheduled to open in fall 2021.