Now is the time to invest in an airplane - Nick Tarascio

Whether for personal use or business, now is the time to consider buying a plane. The idea of owning a jet remains but a dream for many. However, aircraft ownership is less costly than one might think, and it comes with a host of financial and tax advantages. Incentives for aircraft ownership are particularly appealing to individuals and businesses in numerous industries, including real estate, where owners often have significant passive income and are looking for offsets. 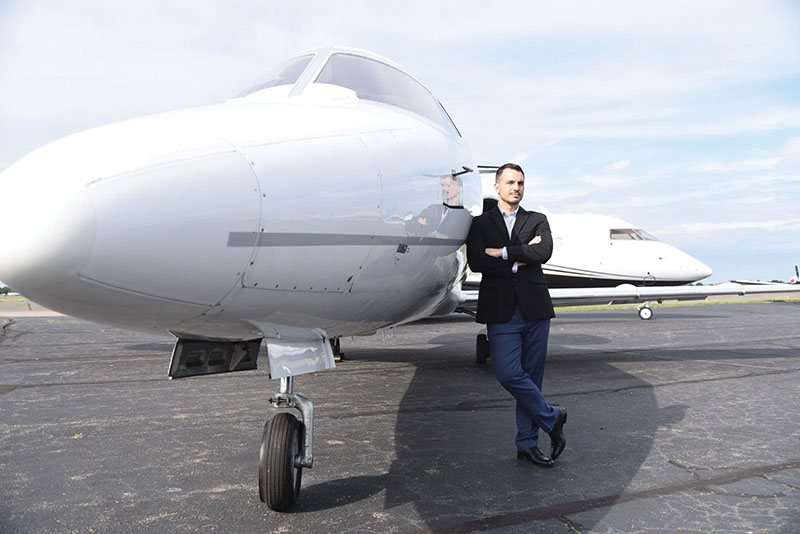 The pandemic has created havoc for many, but it also presents an opportunity for those considering buying a plane. Leading up to the crisis, the market for new and used aircraft was robust, with prices on the rise. Then, a large number of buyers dropped out, some walking away from sizable deposits, unwilling to take the risk due to economic uncertainty. Savvy buyers who stuck it out are reaping the benefits of having access to private planes during a period when commercial aviation is on life support.

Private aircraft owners enjoy the benefit of having virtually unlimited access to flights at a time when commercial flights are hard to get. Owners also have the peace of mind of traveling in much smaller groups and avoiding potential health risks associated with crowds. Private air travel is convenient and bypasses long lines and delays found at large airports.

The future does not look promising for commercial aviation as carriers lay off thousands of workers and cancel thousands of flights. It is predicted that commercial travelers will be required to arrive at airports three to five hours in advance to allow for distancing, health screening, security checks, and other factors. The air travel experience will be even more stressful and inefficient from a time perspective, making private aircraft travel increasingly appealing.

The market for private aircraft, new and used, has dropped recently, along with prices, with significant value in used equipment. Many people, even savvy real estate professionals and investors, may not recognize the affordability of previously owned aircraft. An investment of between $500,000 and $750,000 will get you an efficient, technologically updated used jet, with speed and safety factors equal to that of new models. For those looking to invest, there are deals to be had, with some planes in superb condition going for discounted rates of 20 to 30%. Many owners are highly motivated to sell now, including those who must.

What makes ownership financially attractive? The most crucial factor is the 100% bonus depreciation rules which allow owners to write off the purchase price of the aircraft in the year that it is purchased.

While many businesses continue to struggle, others are doing well.  Assistance through the CARES Act and other programs may elevate them to a higher tax position than expected. Companies in this situation may seek a tax offset, and for them, buying a plane by the end of the year could be an ideal strategy. Favorable prices, combined with depreciation incentives, make the tactic more advantageous. The asset also comes with a stable or potentially higher resale value over the next few years, along with additional opportunities to offset costs with charter revenue.

The time to research private aircraft ownership is now. The first step is determining how you want to use the aircraft, where and how often you will travel, and how important it is to move in a safe environment with minimal exposure to illness—combined with tremendous time savings, tax incentives, and other factors—and it’s clear that aircraft ownership is a real and viable option.