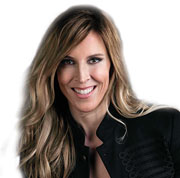 Mayor Bill de Blasio recently delivered his annual State of the City address in Brooklyn. During his speech, he stated his goals for his second term—namely, to make New York City “the fairest big city in America.”

Since taking office, mayor de Blasio has worked hard to bring attention to the need for more affordable housing in the city. Since his re-election, he has extended his affordable housing plan, which now aims to create 300,000 new affordable housing units. However, as ambitious as de Blasio’s efforts may be, they focus primarily on providing assistance to extremely low-income households. There is no doubt that these low-income individuals need assistance; however, there needs to be a greater amount of attention and resources dedicated to providing affordable housing to moderate- and middle-income working-class individuals. This is the only way to bring fairness back to New York City. More than that, if the needs of New York City’s working class are not met, they will move out of the city, resulting in the loss of both intellectual and economic capital.

Despite national rents rising at their slowest pace in the last several years, New York City remains one of the most expensive places to live in the country. What’s more, for most New Yorkers, rent remains a top expense, consuming a monumental share of their disposable income. To put it into perspective, from 2010 to 2017, New York City rents rose twice as fast as wages. Asking rents increased by 3.9% annually, while median wages rose 1.8% per year over the same period. On average, an apartment asking $2,000 per month for rent in 2010 would now ask $2,657 per month. As if that were not enough to drive renters out of New York City, increases in asking rents also outpaced the 1.2% annual increase in the cost of other goods.

While rapidly increasing rent rates are affecting all New Yorkers, mediocre wage growth has compounded unaffordability for the city’s low and moderate earners. Unlike those working in computer and mathematical occupations, whose median wages increased near the same level as asking rents (2.8%), the median wage for workers in the healthcare support sector actually fell by 1.1% since 2010. While at opposite ends of the earnings spectrum, both occupations were among those industries adding the most positions to the New York City workforce over the same period. Yet, rents for the most expensive segment of the market increased by only 2.6% during this period and rents for the least expensive apartments increased by 5.1% over this period. Now tell me, does this sound like the “fairest big city in America?”

When wage increases fail to keep pace with rising rents, many of New York City’s most high-quality, hardworking individuals are forced to either spend more of their disposable income on rent and less on other necessities like education, healthcare and saving, or are forced to move to less desirable areas outside of the city. This comes at a time when higher wage gains and relatively low rent increases are benefiting the highest tier of the labor market.

So, while affordable housing programs are currently focused on homeless and extremely low-income individuals, and rates of rising rent are ultimately benefiting New York’s highest earners, there is a large group of hardworking moderate-income individuals and families who are left in an almost impossible position. How are these people supposed to maintain their livelihood if more and more of their income goes to rent and their paychecks are either stagnant or declining?

While there are policy discussions occurring to solve this problem, these “solutions” are doing little to bridge this gap that exists. As of March 2017, nearly 400,000 families remained on waiting lists for subsidized housing from NYCHA, and affordable housing lotteries met demand for only a small fraction of applicants. According to Street Easy, “with NYCHA facing a $17 billion capital shortfall and affordable housing lotteries continuing to face heavy demand and an uncertain future in the New York State legislature, rent affordability promises to remain a challenge for many New Yorkers.”

In order to allow our lower and moderate earning workforce to move forward, and not backward, it is imperative to provide them with more opportunities, support and services. While creating higher-wage jobs is an essential part of the solution to the affordability crisis, it needs to be met with more aggressive housing solutions that protect the futures of this group, which are at risk because of the housing market. The working class is the backbone of New York City and it is time that we really make this city fair and affordable for them.