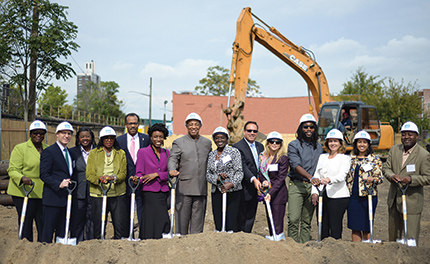 “The development of Van Sinderen Plaza will contribute to the revival of the East New York neighborhood by providing high-end, affordable housing units and expansive retail and community space that will benefit all Brooklyn residents. I would like to thank the City of New York, Borough of Brooklyn, HDC, HPD, EBHDC, Best Development Group and Community Board 5 for their leadership and support in helping us advance the housing needs of East New York,” said Rella Fogliano, president of MacQuesten Development.

“Housing New York isn’t just about housing, it is about neighborhoods.  The transformation of long vacant land into much-needed affordable housing and the creation of a thriving retail corridor represents a long-term investment in the future of a neighborhood that for too long has been underserved,” said Vicki Been, board chair of the New York City Housing Development Corp. (HDC) and Commissioner of the New York City Department of Housing Preservation & Development (HPD). “HPD is proud to partner with M/WBE developers like MacQuesten that share our commitment to meeting the holistic needs of the communities where they work.  HPD thanks MacQuesten, Best Development, HDC, and all our partners for helping to building a more affordable New York City from the ground up.”

“HDC is committed to financing affordable housing projects that truly serve the needs of the community.  Van Sinderen Plaza exemplifies this mission, providing a thoughtful mix of affordable housing, retail, and community space within footsteps of the New Lots transit line in East New York,” said NYC HDC president Eric Enderlin. “I would like to thank MacQuesten Development and Construction, Best Development, Gluck Architectural Collaborative, Cornell Pace, East Brooklyn Housing Development Corporation, all of our project partners, our teams at HPD and HDC, and our elected officials, who from the start have held this transformative project to the high standard of planning and design that the East New York community deserves.”

“I am proud to have directed hundreds of thousands of dollars in capital funding to help make the vision of Van Sinderen Plaza a meaningful reality. The future of East New York is being built today, and projects like these are critical to ensuring that future is one in which families from low-income and middle-income households can reside and thrive,” said Brooklyn borough president Eric Adams.

“The East Brooklyn Housing Development Corp. believes that our partnership with MacQuesten will create a new blueprint for economic development and affordable housing,” said Bill Wilkins, director at EBHDC. “MacQuesten has shown sensitivity and understanding of the needs of East New York in design and project development.”

“Van Sinderen Plaza addresses the immediate housing needs of East New York with 130 large, affordable apartments and it has a direct transit link because it is across the street from the New Lots Ave. “L” train stop.  We could not have achieved this project without the true partnership of New York City’s agencies and elected officials.  New York City leads the nation in developing affordable housing with cutting edge financial partnership,” said Ron Schulman, founder of Best Development Group.

“MacQuesten’s Van Sinderen Ave. development is an important addition to the East New York community,” said Todd Gomez, north market executive, at Bank of America Merrill Lynch. “The unique design of the project and its convenient transit oriented location will be a welcome driver of further revitalization in the neighborhood. As a leader in community development banking, Bank of America Merrill Lynch is committed to providing financing for affordable housing in growing communities across the U.S.  Our investment of over $47 million in debt and equity financing for this high-quality development is a great example of that commitment.” 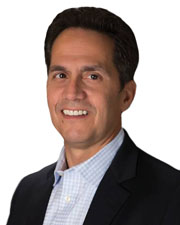