Hudson Cos. and BRP Cos. host ribbon cutting for La Central 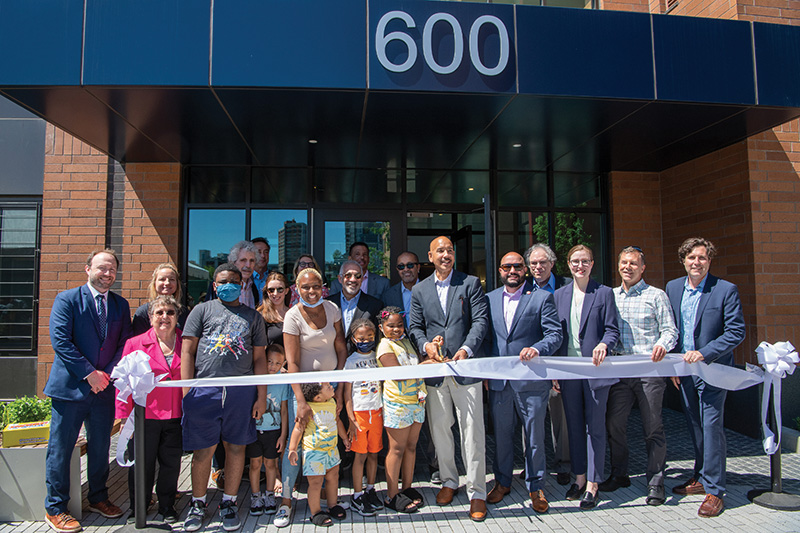 Bronx, NY Elected officials, community leaders and more took part in the official ribbon cutting ceremony for buildings A and B of the five-building La Central development. The innovative new affordable housing developments are located at 556 and 600 Bergen Ave. within the Hub, the retail and transportation center of the South Bronx. The ceremony was hosted by the project’s development team, which is a partnership between The Hudson Cos., BRP Cos., ELH-TKC, Breaking Ground and Comunilife.

La Central A and B consist of two 100% affordable, mixed-income, mixed-use buildings in the borough’s Melrose neighborhood. In addition to nearly 500 units of new housing, the development features a YMCA, a production studio for BronxNet and a fully programmed rooftop farm operated by GrowNYC as well as retail tenants. The buildings were designed by MHG Architects in collaboration with FX Collaborative and Future Green Studio. Apartments range from studios to four-bedrooms and are affordable to residents earning between 30% and 100% of area median income. 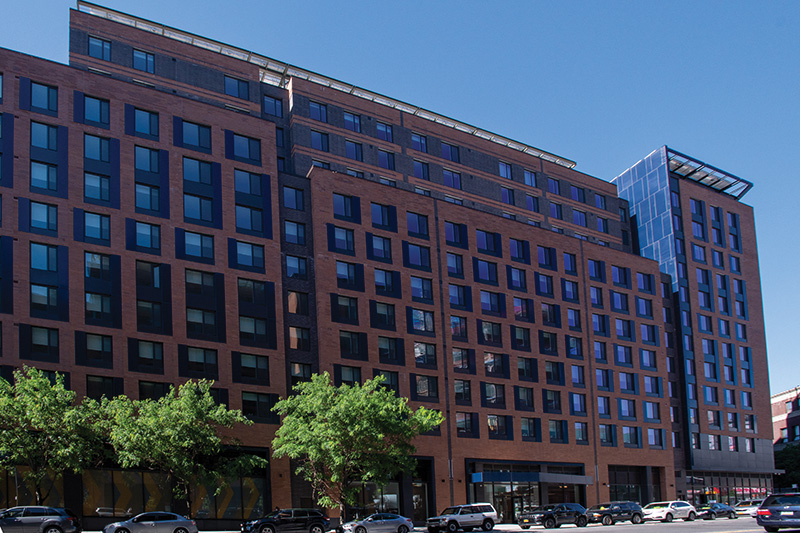 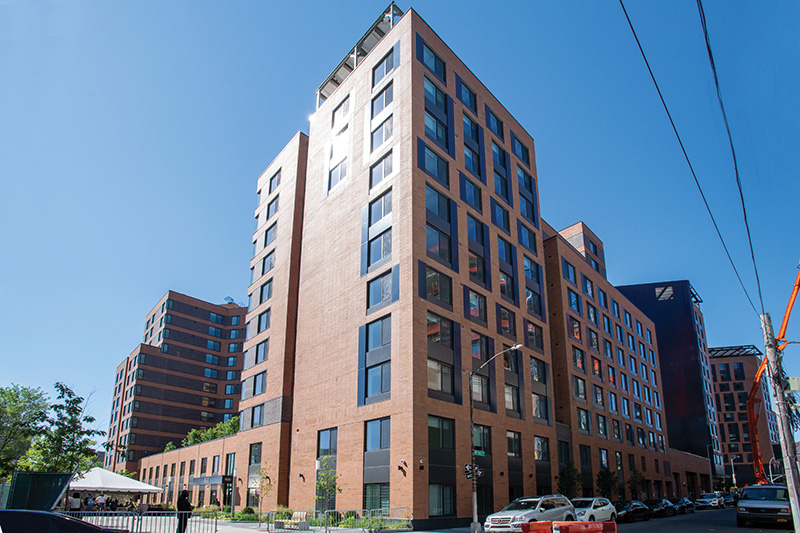 The $334 million development was financed through the city’s housing plan, a critical pillar of YOUR Home NYC, mayor de Blasio’s comprehensive approach to helping New Yorkers get, afford, and keep their homes. The plan aims to build or preserve 300,000 affordable homes by 2026. Since  2014, the city  has financed nearly 178,000 affordable homes.

Once complete, La Central will consist of five individual buildings, which will include more than 1,000 affordable residences, a fully programmed rooftop farm, operated by GrowNYC, 80,000 s/f of community facility space, 45,000 s/f of retail, a public skatepark, and a roof-mounted telescope to be controlled by the Bronx High School of Science. Breaking Ground and Comunilife, completed development of a 160-unit supportive housing and low-income building (Building D) as part of the overall La Central development in 2019.

The development will also feature several retail options that La Central tenants and the surrounding community will be able to take advantage of. In November 2020 the development team announced several new tenants had leased space in La Central A & B.

They include the Taste of The Bronx Cafè; Sustainable Snacks; Metate Authentica Comida Mexicana; and a small organic grocery operated by Hamood Alsaedi.

“Our vision for La Central ‘To leave no square foot unturned’ becomes reality starting today,” said Aaron Koffman, managing principal of The Hudson Co. “With affordable housing powered by sustainable energy generation, community and educational space for all ages and vibrant recreational space for the neighborhood, La Central will be a hub within The Hub for the South Bronx community. Congratulations to this new wave of New Yorkers to call La Central home. We thank our elected officials, Community Board 1 and our partners in government and the private sector for their commitment to and investment in La Central.”

“Today is a very special day as we open the doors to buildings A and B of our La Central development, delivering 500 brand new affordable rental housing units to the Melrose community as well as social and shared community spaces for the neighborhood,” said Andrew Cohen, managing director at BRP Cos. “We’re very proud to work alongside The Hudson Cos., ELH-TKC, Breaking Ground and Comunilife on this development, which will have a tremendous impact on the lives of so many local residents and will help to revitalize this great neighborhood.”

“La Central represents the kind of mixed-use, place-making developments this administration is committed to creating through our YOUR Home NYC. This phase brings nearly 500 affordable homes to the Melrose neighborhood of the Bronx, along with a new YMCA, a rooftop farm, and dynamic retail that will add to the health and vibrancy of the community far into the future,” said HPD commissioner Louise Carroll. “I want to thank our local elected officials, The Hudson Companies, BRP Companies, ELH-TKC, Breaking Ground, Comunilife, and all of our partners for working with us to make this dynamic project a reality, and to help us welcome the new residents home.”

“La Central is a monumental project that will bring more than 1,000 affordably and sustainably built units to The Hub and will transform not only the neighborhood, but the borough and the city by serving as a model of how to do affordable development right,” said Bronx borough president Ruben Diaz Jr. “In addition to affordable and supportive housing, Buildings A & B will start off this development right with a state-of-the-art YMCA, retail space, and a newly renovated BronxNet Television production studio coming to Melrose. I am proud to have supported the larger La Central development with a contribution of $1.6 million in capital funding. Thank you to Hudson Companies, BRP Companies and ELH-TKC, and the state and city agencies and elected officials who came together to make this project come to life.”

“This development represents our efforts to promote economic opportunity, healthy living, sustainable design, and lasting affordability on the city’s remaining public sites,” said HDC president Eric Enderlin.  “La Central will provide housing, retail, community facility space, and supportive services that are needed more than ever as the South Bronx community recovers from the impacts of the pandemic. Thanks to all our partners for their vision and dedication to this transformative project.”

“The YMCA of Greater New York is proud to be a partner of the La Central development,” said Sharon Greenberger, president and CEO of the YMCA of Greater New York. “Our new state-of-the-art YMCA facility, featuring two swimming pools, is scheduled to open for membership in the Fall of 2021.  We look forward to welcoming Bronx families and friends to the YMCA at La Central.”

The Hudson Companies, BRP Companies, ELH-TKC, Breaking Ground, and Comunilife were selected from a very competitive request for proposals by previous New York City Mayor Bloomberg to develop the Bronxchester Urban Renewal sites in the Melrose neighborhood, one of the last large assemblages of City-owned vacant land in the South Bronx. A groundbreaking ceremony was held for La Central A & B in April 2018.