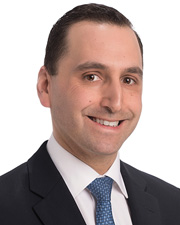 On May 26th, 2020, New York City mayor Bill de Blasio signed New York City Local Law 55 of 2020, also known as the “Guaranty Law,” which amended section 22-1005 of the New York City Administrative Code to prevent a landlord from enforcing a personal guaranty for a tenant’s obligations under a lease if the tenant was: (a) required to cease serving patrons food or beverage for on-premises consumption or to cease operation pursuant to Executive Order 202.3; (b) a non-essential retail establishment subject to limitations pursuant to Executive Order 202.6; or (c) required to close to members of the public pursuant to Executive Order 202.7. As amended, if a New York City tenant falls under one of those three categories and has defaulted or otherwise become liable under its lease between March 7th, 2020 and March 31st, 2021, then the landlord is forever prohibited from enforcing the personal guaranty. The city’s stated intent is, in essence, to prevent individual owners and natural persons from being forced to close their business or suffer grave personal economic losses, such as the loss of a home.

Understandably, landlords were universally upset at the passage of this law. In July 2020, an action was filed in federal court captioned Melendez, et al. v. The City of New York, et al., Civ. No. 20-cv-5301 (S.D.N.Y.), challenging, among other things, the constitutionality of the Guaranty Law. The plaintiffs in this case were not large commercial landlords, but individuals that own small buildings throughout New York City and require the rental payments from their tenants, most of which were backed by personal guaranties, to meet their monthly mortgage, real estate tax and other financial obligations.

Factually, the plaintiffs argued that personal guaranties benefit both landlords and tenants by encouraging landlords to rent to less creditworthy tenants, such as startups. They also claimed that the Guaranty Law will actually have a determinantal effect on the city by creating a “perverse incentive” for tenants to abandon their leases without personal repercussions that will, in turn, increase the blight of vacant storefronts.

Legally, among other arguments, the plaintiffs claimed that the Guaranty Law violates the Contracts Clause of the U.S. Constitution, which generally prohibits municipalities from enacting legislation that extinguishes or renders contractual obligations invalid. The elements of this claim are: A substantial contractual impairment; that the law does not serve a legitimate public purpose; and that the means chosen to accomplish that purpose are not reasonable and necessary.

The plaintiffs claimed that the Guaranty Law destroys the reasonable expectations of the parties to commercial lease agreements by retroactively altering the economic benefits and burdens that were allocated between the parties at the time of contract. In addition, while the city claims that the law is necessary to avoid individuals having to face personal bankruptcy, the plaintiffs argue that this fails to serve a legitimate public purpose by favoring one set of individuals, personal guarantors of commercial tenants, over another, individual principals of often small commercial landlords. Thus, the plaintiffs argued that the city has improperly “transferred the economic burdens experienced by tenants onto their landlords” and without consideration of their respective financial situations. As a result, the plaintiffs claimed that the Guaranty Law leaves landlords without an effective method of collection and impermissibly alters the contractual relationship not between the landlord and the tenant, but between the landlord and a third-party to the lease.

The city responded by claiming that any impairment caused by the Guaranty Law is limited because it “only prevents landlords from pursing the personal assets of a natural person who guaranteed a commercial tenant’s performance under a lease during the worst crisis that has affected this county and the world in many years.” The city also claimed that the Guaranty Law is necessary to protect the small businesses that “are the lifeblood of the city’s and the nation’s economy” and that it is reasonable because of the temporal limitation.

In reply, among other things, the plaintiffs pointed out that they too are small businesses that are part of the city’s lifeblood and that the temporal limitation argument is misleading because while the time period to qualify for the protections of the Guaranty Law is limited, the elimination of personal liability for defaults during that time period are permanent. As a result, the plaintiffs claimed that the Guaranty Law completely abrogates the ability to collect from a separate and distinct contract between a landlord and a guarantor, which is a clear violation of the Contracts Clause.

The Court Rejects the Landlords’ Arguments and Upholds the Guaranty Law

On November 25th, 2020, Judge Ronnie Abrams issued an Opinion & Order rejecting all of the plaintiffs’ arguments, including the alleged unconstitutionality of the Guaranty Law under the Contracts Clause, and dismissing the lawsuit. She stated that the case law in the Second Circuit “affords ‘substantial deference’ to those policymakers making good-faith efforts to act in the public interest.” While Judge Abrams found that the Guaranty Law imposes a substantial impairment on landlords, she also found that the other two required factors weighed in favor of the city. Specifically, Judge Abrams held that the Guaranty Law advances a legitimate public interest because there is no allegation that the law was enacted to benefit the city itself and small businesses employ nearly half of New York City’s workforce. She also held that it was reasonable and necessary to advance the public interest because it “seeks to address a real emergency” and, although the Guaranty Law is admittedly a “shift [of] the economic burden of the pandemic from commercial tenants and their guarantors to landlords,” Second Circuit precedent requires giving strong deference to lawmakers where the government is not a party to the contract. She also found that the Guaranty Law leaves commercial landlords with other means through which to recover lost income, i.e. by suing the tenant directly for unpaid rent, interest, late fees, eventual eviction and other damages.

The Decision is on Appeal  and its Immediate Effects

Of course, most commercial landlords know that recovering any damages from a failed business is extremely unlikely, which is why they required personal guaranties in the first place. The dismissal is currently on appeal and may ultimately make its way to the Supreme Court. Those appellate decisions will have wide-reaching implications because in the event that the Guaranty Law is ultimately upheld, many tenants that defaulted during the pandemic will have little-to-no incentive to make up rental arrearages to landlords, who will still have mortgage, real estate tax and other financial obligations associated with the ownership of commercial real property. By attempting to avoid the enforcement of personal guaranties and the potential personal bankruptcy of these individuals, the city may ultimately be trading that problem for the problem of commercial foreclosures and the ultimate bankruptcies of small commercial property owners that likely personally guaranteed their own commercial mortgages. In addition, the enforceability of the Guaranty Law may also ultimately influence what other municipalities outside of the city do in an attempt to mitigate the effects of the COVID-19 pandemic on businesses and their owners.

What’s Ahead for  Commercial Landlords?

Finally, moving forward, commercial landlords may be loath to take a chance on an unproven small business when the security that it normally obtains with the use of a personal guaranty can be taken away by a legislative act. As such, new and unproven small businesses may find commercial space harder to come by without the production of more costly payment guarantees, such as a letter of credit, thereby increasing the already high costs associated with starting a business. Ultimately, New York City may have eliminated a short-term problem in exchange for a long-term one.