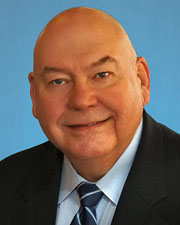 This column is offered to help educate agents new to commercial and investment brokerage and serve as a review of basics for existing practitioners.

Social distancing has made our business more difficult and challenging. The effects of the pandemic are being felt throughout our industry.

Work from home full or part time –some like it, some hate it, but it is here to stay. Moody’s Analytics has predicted office vacancies in 2021 could reach 20%. Projections are 15-20% of the office workforce will permanently work from home or a company will rotate who is in the office by having employees only come into the building only 1 or 2 days a week. Cushman and Wakefield are predicting a loss of 145 million s/f of office space nationally in 2021. This type of vacancy level creates competition that reduces rents. Reduced rental income lowers building values. Mark Zuckerberg said as many as 50% of Facebook (FB) employees could be working remotely within the next five to 10 years. With 50% occupancy, less space is required, due to less employees in the space at any given time, but this is currently offset because of more space being required for social distancing. However, some businesses are consolidating locations, and some are closing so we are seeing an increase in vacancy.

Tenants with short term leases are in a good negotiating position because landlords are afraid of vacancy. They may be able to get rent reductions or deferrals now, and negotiate to rent less space in the future with further rent reductions, in exchange for renewing their lease.

People want to socialize! After the vaccines are distributed and health situations are under control the social distancing may become relaxed in our office buildings. With the work at home still in play this will create more excess space. Sub-leasing their surplus space or moving to downsize will be options; either way expect more office vacancy.

There is a new report out by Colliers International focusing on the office subleasing markets. Nationally class A asking rents in central business districts are down by 2.7%, and sublease space is currently leasing at an average 23.9% discount compared to direct lease space. This is above historical discounts for sublease space which has been around 20% below market rate.

Jonathan Adelsberg, a partner and chair of the leasing department at law firm Herrick Feinstein LLP, told the New York Times, “Given the plethora of space on the market today, we expect to see discounts greater than that.”

In the second and third quarter, the supply of sublease space increased by 35% to 170 million s/f. In NYC sublease supply reached 3.1 million s/f on the market about 23% of the total availability office space.

CBS’s Sunday Morning show gave some frightening new statistics about restaurants. Nationally 1 in 6 restaurants have closed so far–that’s over 100,000 restaurant businesses! This sector of the industry has seen tremendous turbulence. This is a nationwide problem.

In NYC for example, a record high 88% of restaurants could not pay full October rent, according to the latest survey of more than 400 restaurants, bars and nightlife venues by the New York City Hospitality Alliance. That percentage has gradually increased throughout the pandemic. Andrew Rigie, executive director of the NYC Hospitality Alliance, said “Going on eight months, more than 24,000 restaurants, bars and clubs citywide that are so critical to New York’s economic and social fabric have been in dire straits,”

Of those who could not pay full rent, 30% paid nothing at all. Some restaurants have managed to make new arrangements with their landlords. 41% have had rent waived, with 68% of those seeing half or more of it waived. 33% have received deferrals. It is expected that at least 30% of all restaurants in the metropolitan area will permanently close. The struggling industry is getting creative and New York City is trying to help.

Outdoor dining has been allowed in NYC since the city entered Phase 2 in late June. Over 10,700 restaurants have opted-in to the Open Restaurants program. It has proven to be one of the few lifelines for the restaurant industry during this devastating period; because of that, mayor Bill de Blasio announced at the end of September that outdoor dining would be made permanent and year-round.

Heat lamps are permitted, as are tents and temporary structures on sidewalks and in some streets. The NYC building code defines outdoor space as, “An open-air space designed for the consumption of food and/or beverage, which may have a temporally or fixed cover (awning or roof) so long as such cover has at least two open sides for airflow. With such outdoor space tables and seats must be at least six feet from any other table, seat, patron, pedestrian thoroughfare or corridor…” This is working now, but when it really gets cold or it snows?

Another big issue everywhere, especially in cities, are the number of municipal workers who have not returned to work. With most offices holding at a 50% occupancy level and the large work at home population, all levels of government have slowed down. In a Globe St. report, they track returning workers in 10 major cities, New York, Washington DC, Chicago, Boston and others, which are averaging only 27.1% of employees returning to work. NYC has the lowest return rate where only 16.9% of city employees have returned to their offices. So, the process of getting building permits, zoning changes, certificates of occupancy, everything we need for sales and development has slowed down tremendously.

A prolonged closure due to the Pandemic has forced many small businesses to close. To stay open, negotiating with the landlord about the rent became a necessity. With closures and lease defaults, there is expected to be a lot of retail space to rent. Vacancy is the “kiss of death” for landlords. It is in their best interest to work things out with existing tenants, even if they must forgo rent for a few months, it may be a better choice than having vacant space. They can add the months the rent that was forgiven for to the end of the lease. Tenants can offer to extend their leases for rent deferment too.

Another solution that could help both sides might be to temporarily pay a percentage of the store’s monthly gross income in lieu of the rent. Landlords must also consider; with all this available space it would mean that new tenants will be in a strong position to negotiate favorable terms and lower rent. So, we can expect to see rents decrease. With rent decreases we would expect building values to decline too. However, with interest rates going lower and lower, landlords who retain their tenants can refinance and lower their debt service costs.

Who is doing well?

In past newsletters we looked at some of the retailers who have prospered during the pandemic, here are a couple more. Target opened 18 new stores in October 2020 making the total number of new stores 30 so far this year. Their goal is to now open 40 new stores a year. They have reevaluated their store size requirements and have reduced the size of their new stores from traditional 160,000-170,000 s/f footprints to under 50,000 s/f. Many Target stores have partnerships with CVS, who puts a store within the Target building. Ulta beauty supplies has just signed an agreement with Target for “shop-in-shop.” Ulta stores will be occupying 1,000 s/f in 100 Target stores starting in 2021.

The “shop-in-shop” concept is not new, although it has been dubbed “experimental retail.” Cosmetic retailer Sephora has space within J.C. Penny stores. Best Buy has deals with Samsung and Sony to occupy kiosks within their stores. Starbucks has been placing Café’s in Macys and Barnes and Noble stores. Floor and Décor reports the 3rd quarter sales are up 18.4% over Q3, 2019. In this quarter they opened three new warehouse stores and one new design center. They now have 128 stores and two design centers and are projecting to grow by 20% annually.

The demand for industrial space has been increasing over the last few years. Predominantly warehouse space for fulfillment and delivery service centers fueled by increasing e-commerce sales. The pandemic has created additional needs for expanding grocery products and delivery plus storage of medical equipment and supplies. A report from JLL states that the growth of these fulfillment and distribution centers will require another billion s/f of industrial space by 2025. Amazon has just leased it’s third distribution center on Long Island, now totaling over 350,000 s/f. They are building a huge over a million s/f (1,010,880 s/f) fulfillment center in Montgomery, and in October they opened a 147,000 s/f delivery center in Danbury, CT.

For now, stay patient and stay safe. Wear a mask, social distance 6’ apart and wash your hands frequently. How we do business is different now, adapt to it. Vacancies and downsizing are creating opportunities for us. Contact your former clients and customers, they may need your help.