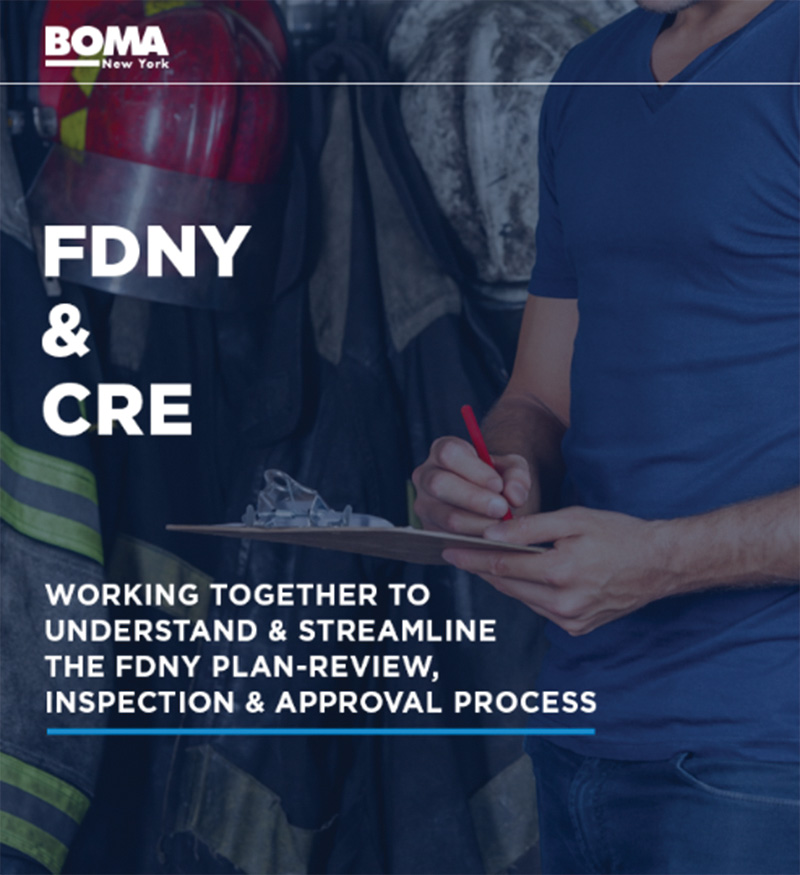 The virtual presentation was moderated by former BOMA New York president Angelo Grima of Safe Harbour Real Estate Group, alongside Desmond Burke of Firequench Inc. Together, they introduced the keynote speaker–Rocco Bonavita, FDNY director of the Fire Alarm Inspection Unit, for in depth presentation that communicated the Bureau of Fire Prevention directives, along with a detailed review of Remote Video Inspections (RVI).

Director Bonavita, who is a specialist in fire alarm systems and inspection protocols, began the presentation with his candid disclosure that obtaining certification for a building-wide fire alarm system is “lengthy, tedious and time consuming.” Nonetheless, he said, the FDNY Bureau of Fire Prevention is committed to working with owners and managers to achieve certification. The department’s Bureau of Fire Prevention is continuously developing methods to streamline the process. “That’s the whole point,” he said. Adding that all of the chiefs in fire prevention share this common goal.

To be clear, the New York City Department of Buildings has the last word on whether a building can be certified for occupancy. However, to be eligible for a Temporary Certificate of Occupancy (TCO) – the document that literally opens the door for people to enter a building – the FDNY must certify that the building has an approved fire alarm system. The FDNY fire alarm inspection includes the most critical building safety functions such as elevator recall, fan shutdown, and sprinkler monitoring. Only a Fire Department inspector can conduct that inspection and certification. 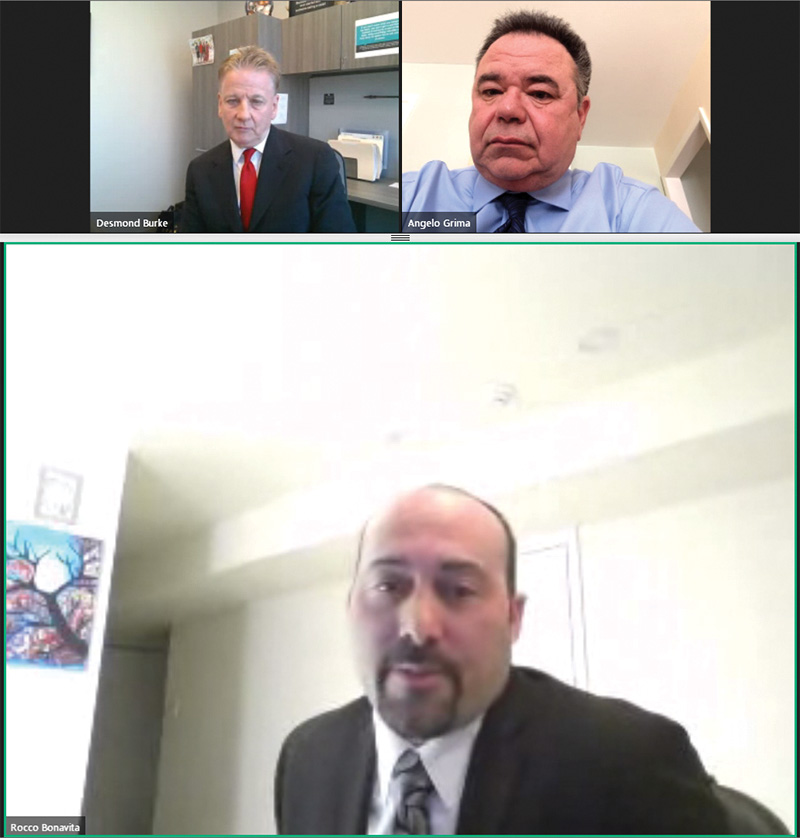 During the fire alarm inspection, when issues with the system are identified, a notice of defect is issued. Complications arise when the building owner applies for a re-inspection without addressing the Notice of defects. Bonavita said that in the past, authorized vendors and contractors could cure the violations, by “self-certifying.” Unfortunately, this led to fraudulent submissions. Bonavita was straightforward and to the point, “This is a life safety issue.” The FDNY discontinued the previous program, which led to a six- to eight-week wait for re-inspection.

In full recognition that six to eight weeks is too long of a period to wait for re-inspection, the process was streamlined. Bonavita said that building owners and managers can now benefit by utilizing the new certification process 3 RCNY §104-04.

In addition, a new directive was released for core and shell filing procedures which allow high rise office building tenants to file their fire alarm plans as part of their buildouts and prior to a base building’s fire alarm system initial inspection. As Bonavita said, after core construction is complete, the building can obtain a “partial letter of approval,” allowing tenants to initiate the buildout of their commercial space. This separation of “core and shell” approval is a time-saver.

Another improvement introduced by the FDNY in February 2020, allows an expedited review of re-submitted fire alarm plans. Bonavita said, “If you have three or fewer objections, you qualify for an expedited review, but the re-submission must be filed within 60 days (of an earlier plan’s rejection).”

Bonavita saved the best improvement for last in his information packed presentation. In November 2020, the FDNY initiated its Remote Video Inspection (RVI) pilot program for previously issued Fire Alarm Notices of Defects. “This is really cool and working well,” he said. Like a Zoom call—albeit with some stringent anti-fraud requirements to prevent spoofing—the FDNY inspector can virtually re-inspect a building from his or her office at FDNY headquarters. Partially motivated by the pandemic, contractors and building staff must use at least three cameras (smart phone cameras are fine) for the inspector to follow a virtual tour of the building’s fire protection systems. “It’s as if we are there in person,” Bonavita said.

This led to another pilot program to allow occupancy prior to the in-person inspection. If successful, the FDNY will issue a Letter of No Objection to the Department of Buildings, clearing the path to safe occupancy.

Bonavita concluded his presentation with a list of tips for successful approval of fire alarm systems, most notably how to solve common plan-review objections. He urged managers to take advantage of the city’s 311 calling system by asking for “FDNY Customer Service.”

In conclusion, he cautioned that life safety is paramount, and that some defects are so serious that the FDNY will not even issue a Letter of Defect. “Instead,” he said, “you will receive a violation.” He also added, “If you are having prolonged issues getting your fire alarm approved, deal directly with the FDNY. Send us an email at [email protected] Let’s work together for our collective safety.”