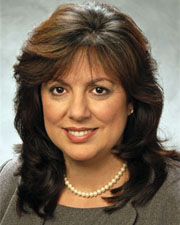 A veteran of 35 years in the title insurance industry, Garelli will head a growing team of experienced title insurance executives who specialize in providing meticulous practice and customer service to lenders, builders, developers, attorneys and other real estate professionals.

Garelli previously served as Astor Title’s executive vice president and general counsel and has closed all aspects of major commercial and residential transactions in New York, throughout the U.S. and internationally.

“Astor Title Services is poised to undergo tremendous growth,” said Garelli. “I am honored by the company’s trust in my experience and leadership to be at its helm during this exciting time in our growth.”

In addition to her work at Astor, Garelli is an adjunct professor at Baruch College, City University of New York, where she teaches real estate law; and formerly at the New York Law School Center for Real Estate Studies, where she taught LLM candidates and law students a unique course on title insurance.

Garelli holds a B.A. in Foreign Languages and International Business from Florida State University and attended Law School at Nova Southeastern University where she received her Juris Doctor with honors.

She is active in supporting women in all aspects of commercial real estate, including serving as 2016 president of CREW New York, one of the largest chapters of CREW Network, an international organization consisting of over 10,000 women working in commercial real estate. She is also currently serving on CREWNY's 40th Anniversary Gala Committee; is a member of CREW Network's Finance Committee; and is active on numerous boards of directors in Forest Hills, Queens.