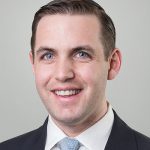 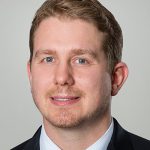 The Manhattan investment property market slowed considerably in 2016 following years of frenzied activity. Prices, however, held steady, and with scant roadblocks ahead, properties in the “The Big Apple,” should continue to draw demand, particularly in Midtown West neighborhoods that offer significant upside.

A confluence of factors posed unique challenges to the Manhattan marketplace last year, with the United Kingdom’s decision to leave the European Union, known as “Brexit,” the Federal Reserve’s first rate hike in nearly a decade, and the election of a new U.S. President firmly on investors’ minds.

As investors sought to reconcile market conditions, Manhattan registered 589 transactions consisting of 706 properties totaling about $29.3 billion in gross consideration, according to Ariel Property Advisors’ “Manhattan 2016 Year-End Sales Report.” On a year-over-year basis, transaction, property and dollar volume declined 23%, 31% and 39%, respectively, but the drops largely reflected a pull-back from 2015, which was a record year.

The borough’s multifamily asset class was the most transactional among all product types, with 245 transactions involving 323 properties for an aggregate dollar volume of $6.925 billion. Transaction and property volume fell by 16% and 32%, respectively, but when the $5.5 billion sale of Stuyvesant Town/Peter Cooper Village is removed from 2015’s totals, dollar volume remained stable, with only a 3% annual decrease.

Midtown West is currently undergoing a historic and massive transformation, both from a residential and commercial perspective. While transaction and dollar volume fell along with the general trend in 2016, price gains in Midtown West sharply outpaced the overall market, with multifamily property prices rising 5% to $1,160 per s/f, and the average price per unit increasing 12% to $1,091,851.

Broad appreciation in Midtown West caused average capitalization rates – a widely-used metric to gauge the value of a property relative to its income stream – to compress to 3.58% in 2016, 14 basis points below the previous year and a remarkable 200 basis points lower than 2012.

In the past, Midtown West’s limited transportation options curbed its appeal, but the extension west of the 7 subway line to Hudson Yards has significantly changed that mindset. In fact, an astonishing 56,000 daily commuters are expected to pass through the new subway station by the year 2025, according to the Bloomberg administration.

Hudson Yards – the largest development project ever in the U.S. – is undoubtedly the biggest game-changer for the Midtown West region, with sprawling new office and residential projects underway that will blanket the area and ultimately transform the Manhattan skyline. In fact, Hudson Yards’ rezoning has added the capacity for approximately 24 million square feet of office space and 13,500 residential units. According to Ariel Property Advisors research, 21,500 office, retail and construction jobs will be supported by Hudson Yards.

With several major companies recently signing long-term leases to move their New York offices to the once desolate area of Hudson Yards, the area has seen a sizeable jump in high-income residents. The 10018 zip code – which stretches from Fifth Ave. to the Hudson River between 35th and West 41st Sts. – has seen an astounding 196 percent increase in households earning more than $150,000 annually, according to DNAinfo.

Investors, meanwhile, have been snatching up real estate in Midtown West neighborhoods they deem as having the most room to gain in the years ahead. Hell’s Kitchen is one of those areas, bolstered by its relative affordability versus other Manhattan neighborhoods as well as its proximity to Hudson Yards.

With a seemingly endless supply of trendy restaurants, bars and entertainment venues, it is not a surprise that Hell’s Kitchen has seen a surge in popularity. Anecdotal evidence shows that residents in pricier locations, such as the Lower East Side and the East Village, have been migrating to this area.

At nearly $368 million, Hell’s Kitchen registered the third highest dollar volume for development activity in 2016, driven primarily by large-scale deals. A standout transaction was Tishman-Speyer’s acquisition of the assemblage at 434-444 11th Ave. and 550 West 37th St. for $207.5 million, which will make way for a 1.3 million s/f skyscraper across from the Jacob Javits Center.

Looking ahead, while the overall outlook for Manhattan in 2017 is more uncertain than it has been in recent years, Midtown West remains positive as it continues to be one of the most affordable areas of the city. The colossal transformations that are currently underway in the region will continue to draw investment and all but guarantee near- and long-term price growth in the neighborhood.