The impact of the Appellate Div., Second Dept. decision on construction-related litigation, filings - by John Comiskey 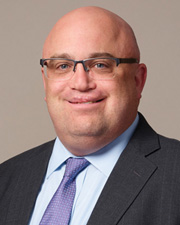 By way of background, Executive Law § 29-a(1) provides in relevant part that:

“the governor may by executive order temporarily suspend specific provisions of any statute, local law, ordinance, or orders, rules or regulations, or parts thereof, of any agency during a state disaster emergency if compliance with such provisions would prevent, hinder, or delay action necessary to cope with the disaster.”

“may provide for the alteration or modification of the requirements of such statute, local law, ordinance, order, rule or regulations suspended, and may include other terms and conditions.”

“[i]n accordance with the directive of the Chief Judge of the State to limit court operations to essential matters during the pendency of the COVID-19 health crisis, any specific time limit for the commencement, filing, or service of any legal action, notice, motion or other process or proceeding, as prescribed by the procedural rules of the state, including but not limited to the criminal procedure law, the family court act, the civil practice law and rules, the court of claims act, the surrogate’s court procedure act, the uniform court acts, or by any other statute, local law, ordinance, order, rule, or regulation, or part thereof, is hereby tolled from the date of this executive order until April 19, 2020.”

A critical component of the Second Department’s Brash decision is the analysis that the language of Executive Law § 29-a(2)(d) allows the Governor to do more than merely suspend statutes during a state disaster emergency, and that the Governor can alter or modify a statute’s requirements such that tolling of time limitations contained within a statute is within the Governor’s authority. The Second Department’s Brash decision is binding on all lower courts in New York State unless and until either one of the other three departments of the Appellate Division issues a ruling that is contrary to Brash, or the Court of Appeals overrules Brash. Thus, any entity in the construction industry that has claims which accrued either before or during the time period that Executive Order 202.8 and the subsequent executive orders that extended the time limitations provided in Executive Order 202.8, should consult counsel as to the applicable time limitations within which to assert claims and/or file an extension of mechanic’s lien or obtain a court order extending a mechanic’s lien.

1 Some practitioners/commentators may argue that if a claim accrued during the 228-day period that the toll was in effect, a plaintiff would not receive the benefit of the full 228-day period, but, rather, only the period of time that remained from the date of accrual of the claim until November 3, 2020.

John Comiskey is an attorney at Forchelli Deegan Terrana LLP in Uniondale, NY.