When does a project actually end? 99% of stakeholders are uninformed - by Alen Gershkovich 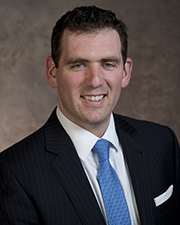 Development projects are complicated, complex, and stressful, to say the least. And the intricacies involved make staying within a target budget and timeline nearly unattainable. The inherent complexities make these things a moving target, almost like trying to catch a ride on a bus that never stops.

A lot of focus is placed on the beginning phases of a large construction project, the first few stops on the bus route, if you will. Of course, getting things aligned correctly from the start is the best case scenario. In reality, however, the pieces often fall into place along the project route.

Stop 1: Performing the due diligence to source the land/space/project

Stop 2: Obtaining the financial team/equity /backing to obtain the project

Stop 3: Closing on the project/owning the project and having the right to the site

Stop 5: Designing the project, pre-construction, budgeting, and due diligence

Stop 7: Obtaining the Temporary Certificate of Occupancy(TCO)/having the right to occupy and utilize the space for its intended purpose

Stop 8: Obtaining the Certificate of Occupancy (CO), often confused with a TCO, but a much more complicated process

The bulk of the construction team is interested in each stop along the project route. Stakeholders, on the other hand, are far more concerned with that last stop. But, “the end” may mean something different for different stakeholders.

Is “the end” of a project when the building is complete and the project finally generates revenue? The developer would say so. Maybe “the end” is when a punch list is completed, plenty of team members would say that. Each consultant, contractor, and advisor has a different “end” in mind and this is where the ball is dropped on construction projects.

When does the project get to say it is complete? Defining that imperfect project “end” is critical because it costs everyone a lot of money if the project team doesn’t know what the end looks like. Otherwise, just like in the beginning of the job (as stated in our previous article), if you don’t know the end, you can’t get there as a team, and as a project, successfully.

Each consultant wants to get off of the bus when their contractual obligations have been fulfilled, but that doesn’t mean that the project is complete. With this in mind, let’s break down “the end,” that last stop on the route, in careful detail.

Closing out the project can certainly happen in some of the above stops along the project route, but ideal coordination means shifting focus to really dig into the last stop. A complete, in-depth breakdown of “the end” will help to align some of the varying opinions of the key players in a project.

So, when the developer and the ultimate end user each sign off on the above three elements, the project closeout is complete and the bus has arrived at its final destination.

Getting to that coveted part of the project, “the end”, is what every developer dreams about. The bus ride is stressful along nearly every stop. And since the construction journey is long, taxing, and erratic, developers often look to outside help to get it done as efficiently and effectively as possible. That’s where an owner rep comes into play.

Engaging an Owner Rep for a Smoother Ride

Looking at the last stop on the construction route from the client’s perspective is important. Ultimately, the client is doing the work to earn a profit or fulfill a mandate for the facility/project that they are building to be turned over to an eventual end user (someone that will financially pay the client for the use of the facility).

At Inspiron Management, we get brought into projects to resolve, mediate, and/or organize. Conducting regular, focused closeout meetings with relevant team members during the lifecycle of the project allows us to keep the eye on the ultimate prize of protecting our client with a one-time, proper closeout. We confirm that construction completion, as-built documentation/agency closeout, and financial closeout are being monitored and completed. In fact, Inspiron Management gives our clients a clear and organized Dropbox file with categorized folders across the three major categories of closeout. This facilitates a smooth turnover.

Large development projects are often messy and it sometimes seems like there is no bus route at all. Inspiron Management’s role is to get the bus on course and lead it strategically to the last stop.