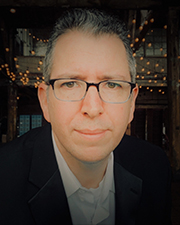 Bird safe buildings have been a growing part of the NYC skyline for years. Some examples of New York City architecture that incorporate the principles of bird-friendly design include The New York Times Building, Interactive Corp.’s headquarters, Cooper Union, and the renovated Jacob Javits Convention Center which gave up its crown as the biggest bird killer in New York City by reducing collisions by 90% through design measures.

What was once the vision of a passionate few, that buildings should be made bird friendly, has become law for the many. In January 2020, based on the support of and the insights provided by the New York City Audubon Society, Local Law 15/20 was passed in New York City making all new construction and renovation projects (where glazing is to be replaced) required to use bird friendly materials as described below for projects filed with the Department of Buildings after January 10th, 2021.

Enticements or requirements for bird safe buildings like those that have been enacted in New York are not new. In 2009, the USGBC’s LEED program introduced a pilot credit for bird collision deterrence. In 2013, San Francisco launched its program. Add to that, suburban Chicago areas, Toronto, and the Federal Government have all put forth their own standards to which architects and building owners must comply. The trend is set to continue with new legislation pending in Chicago proper and the District of Columbia region.

Among the various bird-safe initiatives, the Code written for New York City is both the strictest of standards (coverage areas, building/project types, no-exemption relative to geography) and also the simplest to apply in a broad sense. There are no required calculations of façade materials used or creation of effectiveness monitoring plans as is the case in the LEED credit, no issues with reflectivity of glass specifically (Toronto), no determining proximity to urban wildlife areas (San Francisco), and no provisions requiring particular lighting design and controls (all of the previous).

The NYC code requires application of the American Bird Conservancy’s Material Threat Factor Rating (MTFR or TF) system to the exterior wall envelope and other identified strategic locations. In layman’s terms, the lower the TF, the more visible the material is to birds. The code requires that bird-friendly materials be used, those with a TF of less than 25 as the firm threshold, in the following identified locations:

Exceptions are made for circumstances where ground floor transparency or flood resistant glazing is required are required by a Zoning Resolution.

Applying the rules to design thinking

In truth, many bird-friendly design strategies overlap with elements of sustainability; managing lighting or glare and measures taken to ensure a building is managing heat gain effectively. Using more solid panels (opaque) rather than glass has an impact on all of the above. However, unlike the LEED credit scenario where the entire façade is given a formulaic calculation and it is possible to use glass that does not individually meet the 25TF threshold because the judgement of bird-safe is based on a blended average of materials used. With this new code, however, even with a reduced amount of glass, there is still a requirement that what glass is installed in NYC must be below that 25 TF.

In order to make glass bird-safe, two strategies are used:

The American Bird Conservancy maintains a list of previously approved products from leading manufacturers. Alternate suppliers or custom configurations / patterns can be used but must be approved in advance by the ABC.

The ordinance does not have much of an impact on design if you are simply willing to absorb the added cost of using specially treated glass in lieu of what you otherwise would have for your project. But given the potential for cost increases of UV films interlaid in a glazing system or risk of aesthetic degradation of using glass with visual markers such as frits or etching, it is wise to be considerate of the bird friendly requirement earlier in the design process when creativity is more of an option.