Weidell to succeed Padilla as CEO of NorthMarq 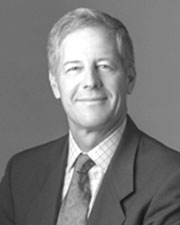 Weidell has been responsible for a number of successful initiatives as president, including an industry-leading associate producer program, the launch of the investment sales business, growth in debt production, and expansion of the equity advisory business. He was promoted to president in 2013, after serving as managing director of the San Francisco office since he joined NorthMarq in 2000.

He served on the company’s Executive Committee and was one of its most successful mortgage bankers.

“This planned executive transition sets the stage for NorthMarq to continue to thrive, ensuring our operations, financing, and investment sales businesses maintain the highest level of client support,” said Padilla. “I have the utmost appreciation for the opportunity I have had as CEO over the last 20 years, and the support I have received from employees, lenders, clients and ownership. I am confident that Jeff is ready for this next level of leadership.”

NorthMarq is part of the Pohlad Cos., a privately held portfolio of businesses and investments spanning a variety of industries. “We are proud of NorthMarq’s world-class culture and long-term performance achieved during the 20 years of Ed’s leadership,” said Bert Colianni, CEO of the Pohlad Cos. “Given Jeff’s track record with the company as a leader and innovator, we expect great success in the coming years as he guides the company into its next stage of growth.”

Under Ed’s leadership, the company completed nearly 20 acquisitions, growing to 37 debt and equity offices with over 50 correspondent relationships, and a loan servicing portfolio of nearly $60 billion. Additionally, he led the company’s development of top-tier Freddie Mac Optigo and Fannie Mae DUS platforms.