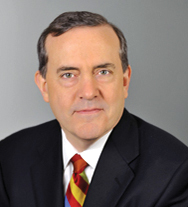 The year 2017 brought some surprising and not so surprising court decisions and one very significant statutory change.

Stonehill v. Bank of the West

State regulators enacted significant new restrictions on title insurance companies including eliminating the custom of tipping title closers and severely restricting inducements title insurance sales people may give industry executives and lawyers. The regulations have differing effective dates but all are planned to take effect no later than February 2018. Regulators appear to believe that title companies make too much money, and that free tennis tickets for executives and lawyers inflate the cost of insurance to the public.

New York’s Business Corporation Law was amended to require New York housing cooperatives to circulate an annual report to shareholders regarding transactions where a director may have a “substantial financial interest” in the transaction. An example is where a board member serves as a broker for a transaction in which the corporation is involved or for which it has approval rights.

As of the date of writing this column, a final ruling has not been issued following the trial regarding a claim brought by various artists against a building owner in Queens who permitted street artists to paint the façade of his building only to eventually whitewash and tear down the building. The federal Visual Artists Rights Act (VARA) gives artists certain rights where the building owner permits an art installation, which goes to the heart of the dispute. The jury found that graffiti under the specific set of circumstances was indeed to be considered “art” and thus covered by the VARA. The final ruling will be fascinating to read with regard to the extent of the damages awarded, if any.

In a series of rulings in other states, courts have upheld a landlord’s right to specifically enforce a retail tenant’s obligation to keep its store open and operating. The decisions have created much consternation in the industry since retailers assumed landlords would be limited to a hard to prove damage claim. In today’s tough retail environment, landlords are fighting back against store closings where the tenant remains financially capable of continuing to operate.

Last, but certainly not least, is the recent extensive re-write of the federal tax code. The changes significantly complicate code provisions applicable to most businesses and will require much analysis by tax lawyers and accountants. From early indications, the changes may upend decades of learning and advice to real estate businesses and partnerships. In addition, the changes reduce the favorable tax treatment available to New York residents who own their residences.