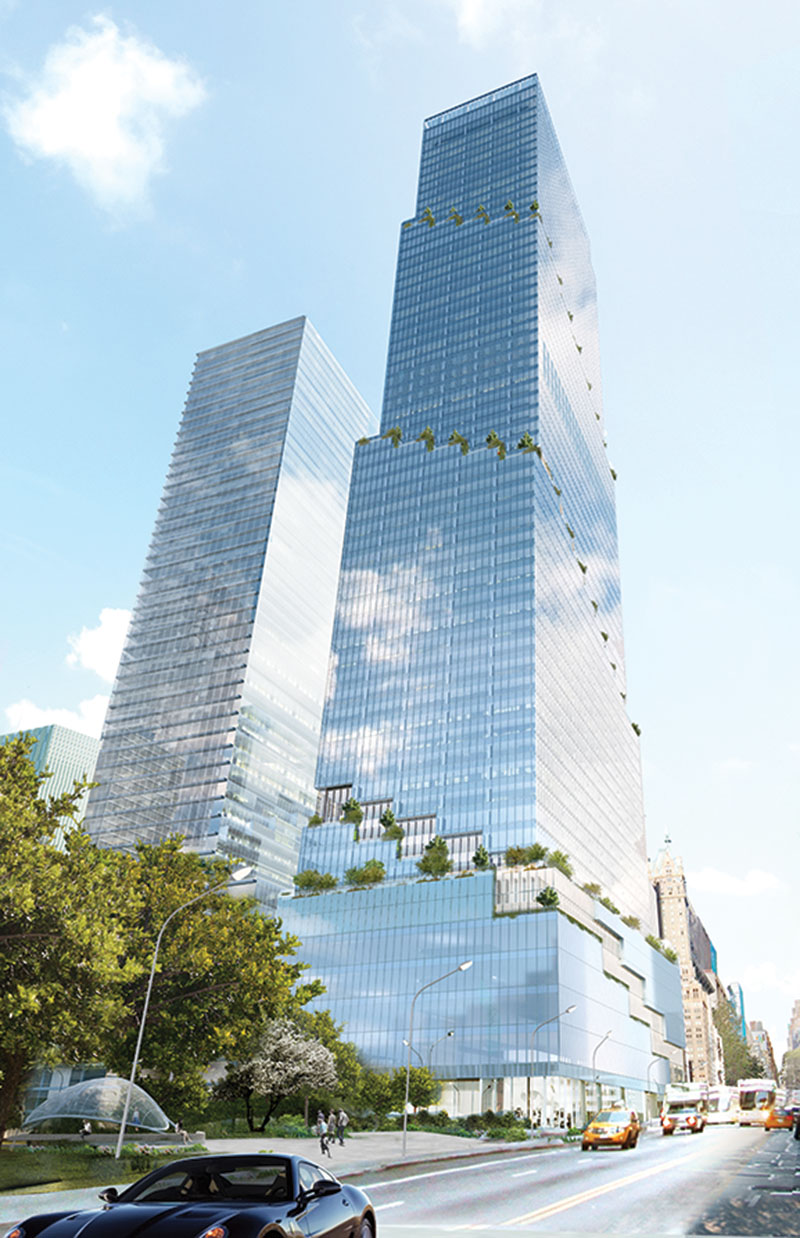 Manhattan, NY According to Tishman Speyer, Debevoise & Plimpton LLP will relocate its law firm headquarters to The Spiral, its 65-story office tower currently under construction at 66 Hudson Blvd.

With this transaction, Tishman Speyer has pre-leased 54% of the 2.8 million s/f office tower two-and-a-half years prior to its completion. Pfizer is relocate its global headquarters to 800,000 s/f in The Spiral, while AllianceBernstein committed to 189,000 s/f earlier this year.

“The Spiral, with its cascading gardens and collaborative spaces, will be unlike any other office environment in New York,” said Tishman Speyer president and CEO Rob Speyer. “We are thrilled that Debevoise & Plimpton, which thrives on the talent, ingenuity and hard work of its workforce, sees the power and value of The Spiral.”

Designed by BIG-Bjarke Ingels Group, The Spiral will rise 1,031 ft. and feature a cascading series of landscaped terraces and hanging gardens as its signature element.  The terraces will ascend, one per floor, in a spiraling motion to create a unique, continuous green pathway that wraps around the façade of the tower and supplies occupants with readily accessible outdoor space.

Located at the intersection of the High Line and the four-acre Bella Abzug Park, The Spiral will encompass a full block stretching from West 34th to West 35th Streets and from 10th Avenue to the park.  The six-story base of the building will include a lobby with ceiling heights of up to 28 feet and entrances on Hudson Boulevard East and 10th Avenue.  The base also will include approximately 25,000 square feet of first-class retail.

The Spiral is accessible from all five boroughs, Westchester County and New Jersey. It is close to New York’s transit hubs, including Penn Station, the Port Authority Bus Terminal, Midtown Ferry Terminal, Lincoln Tunnel and West Side Highway. The 7 Train is close and three stops from Grand Central Terminal.