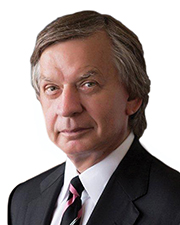 OZ proponents claimed a victory when Treasury, in the recent “second round” of proposed regulations, accommodated, in a limited way, the ability of an OZ Fund2 to sell an asset and reinvest the proceeds before the expiration of the 10-year hold period without triggering the recognition of gain on the original investment and allowing the prior hold period to “tack” rather than begin anew.

However, there may be some misunderstanding regarding the limited value of this concession. It’s time, on this issue and many other OZ issues, to wade “into the weeds.” The following are what some may consider to be negative consequences of an interim gain:

It is possible, though doubtful, that the cavalry may come to the rescue, at least in part. In its second round commentary, the Treasury acknowledged that it had received comments requesting exemption of Funds and their investors from the immediate recognition of gain from dispositions by Funds or businesses if the proceeds are reinvested in other qualified property. Treasury expressed doubt that it has the authority to do so but requested “commenters to provide prior examples of tax regulations that exempt realized gain from being recognized . . .” But it sure sounds like they doubt that persuasive examples will be forthcoming.

Thanks to Jeff Goldman and Pat O’Bryan of the POLSINELLI Tax Department for their help identifying and analyzing the issues discussed in this article.

2  The relief provided extended only to a Fund, not to an OZ business itself. The government commentary on this issue said, “The Treasury Department and the IRS request comments on whether an analogous rule for QOF subsidiaries to reinvest proceeds from the disposition of qualified opportunity zone property would be beneficial.” Simple comment: It would seem obvious that it is better to be able to sell assets than only the equity interests in an entity.

Dan Flanigan is managing partner of the New York office of POLSINELLI.
Flanigan and POLSINELLI have provided the above material for informational purposes only. The material provided is general and not intended to be legal advice. Nothing in the material should be relied upon or used without consulting a lawyer to consider your specific circumstances, possible changes to applicable laws, rules and regulations and other legal issues. Receipt of this material does not establish an attorney-client relationship.