The West Side Story of Hudson Yards: “Cities have to reinvent themselves” -  by Erez Cohen 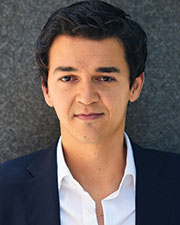 This is what Jay Cross, president of Related Hudson Yards, had to say when talking about the genesis of the nation’s largest private real estate development project. Once blemished with vacant lots and abandoned industrial buildings, Manhattan’s West Side is undergoing an expansive (and necessary) $25 billion transformation.

This new development is Hudson Yards: A 21st century ‘city within a city,’ the East Coast’s first smart neighborhood, and what will be the magnum opus of Stephen Ross, Related Company’s billionaire developer. Other developers saw Manhattan’s barren West Side as a symbol of the city’s failed attempt to host the 2012 Summer Olympics, but Ross and Cross saw a cultural and economic opportunity. Their project will cement New York as a leading competitor against other cities around the globe—a “vibrant center of commerce and living.”

If the sustainability of a city hinders on its ability to reinvent itself, this mammoth development is New York’s revival. Like a phoenix rising from the ashes, Hudson Yards emerges from the West Side, rooting itself among New York City’s skyline.

Home to companies like Neiman Marcus, and L’Oréal—and with Wall Street following suit—Hudson Yards is a cultural, commercial, and residential haven. While this real estate project is the biggest the nation has ever seen, it’s also one of the smartest—and Related Companies is anticipating its technological impact will be as significant as its physical one.

Working with New York University’s Center for Urban Science and Progress (CUSP), the intentions for this “wired community” are threefold: Improve the quality of life for residents and visitors, reduce costs, and conserve energy. CUSP, who is outfitting Hudson Yards with sensors, is interested in analyzing how a city is affected by urban development — air pollution, waste, noise levels, etc. The end goal? To promote New York as a more resilient and energy efficient city.

Future-proofing for a more resilient city
Six years since Hurricane Sandy devastated New York, the catastrophe still weighs heavily on its citizens. Surging floodwaters caused emergency evacuations, loss of power, and closed down major transportation channels. This destruction, which the city’s still recovering from, was an influential factor when designing the Yard’s power management system. This microgrid is the cornerstone of Hudson Yards; its interwoven technological capabilities work concurrently to defend New York from a repeat disaster. The idea hinges on the importance of self-sustainability; an energy management system that is powered by—but not dependent on—Con Edison, with the main energy source located on-site. In the event of another natural disaster, Hudson Yards will be able to keep its lights on.

Energy efficiency is cost efficiency
The construction costs and grandeur of Hudson Yards aren’t its only distinctive features. From conception to completion, every square foot of this ‘city within a city’ is being built from scratch. Developers have been able to integrate complex sustainability strategies into the construction of Hudson Yards, from its architecture all the way to how the buildings communicate.

Hudson Yards is not a homogeneous campus. Its buildings are embedded with technology and its microgrid makes interaction possible. Related Companies can control Yard’s intricate moving parts, from its waste-management system to the air conditioning of each building. The data these engineering networks collect is used to monitor the city’s energy usage, resulting in higher cost savings for the city.

Its buildings are also designed to support energy efficiency, using less water and resources than more outdated structures. Related Companies has made it their goal to have every building Leadership in Energy and Environmental Design (LEED) certified, which enforces rigorous standards to achieve a lower carbon footprint.

A better place to be
This “quantified community” is exploiting big data to provide a higher quality of life for the residents and visitors at Yards. Its sensors not only analyze energy use, they can also track pedestrian flow. Upon its completion in 2025, more than 125,000 people a day are projected to be on Yard’s campus at any given time. Interpreting foot and vehicle traffic patterns allows developers to predict and establish a better experience for crowds, like where the most convenient taxi and car drop-off locations should be.

Hudson Yards isn’t just a sizable achievement, a sensory, culinary, hospitality, and luxury experience, or even an extravagant tech hub for the 21st century—it’s all of these parts in unison. Hudson Yards is the future of New York, and what its visionaries hope for is that the project revolutionizes the future of city life as we know it.