The term sheet: A necessary step in cutting a lease deal - by Shane O’Neill 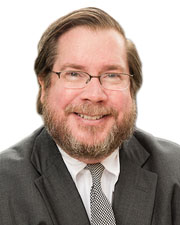 The first written exchange between a landlord and a prospective tenant is often a term sheet1 describing the proposed deal. While we all know that the term sheet is a non-binding document (the lawyers see to that), it is the first step in the dance. The prospective tenant, or more likely its broker, will respond with its own take on the deal and so the negotiation begins. Although the term sheet isn’t binding, both parties may look to it as the negotiations progress, so it does carry some importance. Although the deal can fall apart for a hundred reasons, it is unusual for either party to take a position which flat-out contradicts the term sheet. Below are a few suggestions for a landlord to craft a useful document. (1 I am making no distinction here between a term sheet and a letter of intent (LOI). They are synonymous as far as I’m concerned.)

Be brief: Of course, the document must express the entire deal completely, but going beyond the essentials is often only to the detriment of the landlord. Space, term, rent, free rent, TI$, escalations, parking, utilities—beyond the minimal terms, the term sheet only contains provisions that benefit the tenant. Options, SNDA, rights to assign/sublet—none of that helps the landlord. It merely constrains the landlord in the upcoming negotiations. The happy marketing fluff about the amenities and in-building management and restaurants in the neighborhood is all interesting, but all belongs in marketing materials rather than the term sheet. If you specify the fitness center, for example, some smart tenant’s lawyer will make you put it in the lease and start negotiating hours of operation and whether towels are included. (Needless to say, if the landlord finds itself responding to a Request for Proposal, the lack of brevity in its response will be an unavoidable consequence of the questions posed by the RFP itself.)

Be honest: Is there an aspect of the leasing in this building that always causes trouble during the negotiations? Include it upfront. I think it’s better to get the issue out of the way. Is the landlord married to a demolition clause that allows for lease termination in the event of the building’s demolition? Include it. Parking is constrained and the only space available are tandem (shared spaces where two parkers have to share one space and one car is invariably blocked in)? Include it. There’s an argument that landlord should save the bad stuff until the tenant is pregnant with the deal. I disagree. If the deal is going to fall apart over an uncomfortable wrinkle, better sooner than later. After the parties have spent the time and money to negotiate for a while it’s a total waste.

Be clear: Any ambiguity, either deliberate or accidental, will lead to problems in the lease negotiation. Be as clear as possible. If necessary, show it to the landlord’s lawyer, whose job it is to write clearly. If you are using defined terms, be careful and consistent. Don’t be afraid of including an example of how a provision is intended to work (e.g., what does “cumulatively compounded” really mean in numbers). Remember that a Right of First Offer is different than a Right of First Refusal.

Avoid TBD (if you can): Occasionally some terms may not be known at the time the term sheet is being drafted and are marked “To Be Discussed” or the equivalent. To the extent feasible, this should be avoided. For example, more than once I’ve seen deals crater over the amount of the security deposit. Landlord drafts the term sheet before having been given the tenant’s financials and punts the discussion until later on in the deal. It’s better to ask for, and receive, the financials for review in the beginning. (Which does not apply to a public company, whose financials are a matter of public record.)

The term sheet is a necessary step in cutting a lease deal, but if mishandled can cause later aggravation.