The Feil Org. welcomes Dries as director of leasing 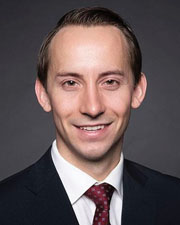 Having represented or worked for some of the largest retail landlords in the industry, Dries has developed strong relationships with brokers and retailers as well as an in-depth knowledge of the North American industry, according to Brian Feil, vice president of leasing at The Feil Org. “Nick’s experience in retail and his previous achievements in Brooklyn will bring exceptional insight to our portfolio,” Feil said. “We’re delighted to welcome him to the company.”

Prior, Dries was a director of commercial leasing at EXR, where he represented some of the largest commercial landlords in Brooklyn. While there, he completed blockbuster transactions including the signing of the 31,000 s/f Vital Climbing Gym in Williamsburg, Brooklyn, its first East Coast location. It was one of 2018’s largest retail deals in the city. Dries started in the commercial real estate industry with Simon Property Group, serving as assistant general manager of Woodbury Common Premium Outlets and then as general manager of multiple centers in the Simon’s portfolio.

“Working with the largest mall developer in the United States gave me the opportunity to learn all aspects of the national retail industry,” Dries said. “While working in the dynamic Brooklyn market, I developed strong relationships with local and regional retailers. I’m excited to implement this experience and these solid relationships at The Feil Organization.”

Dries earned a Bachelor’s degree in Finance and Economics from Saint Anselm College. An avid hockey player, he was named Senior Scholar-Athlete of the Year by the college.

This week's columnist:
Investment Sales: Brooklyn will become the choice for New Yorkers who plan to stay - by Justin Conway