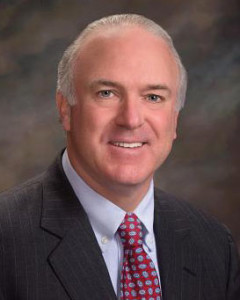 Nassau County is a special place for commercial property owners, with tax rates as high as $9 per s/f.  Now it turns out to be a very special place, with its own legislation created to deal with the current multi-million dollar backlog and multi-year delays in the payment of commercial real estate tax refunds.

The legislation, creating what is referred to as the Disputed Assessment Fund (the DAF), was passed in 2014 by the New York State legislature and codified as Nassau County Administrative Code Section 6-41.0.  Application of the law begins with the 2016/17 assessment roll but applies only to class 4 commercial properties where the owner has filed a timely grievance. Owners who do so are now seeing the charges resulting from this new law (the DAF Charge) on their General tax bills, and they are frequently reported as being very unhappy with the experience.

“Most of the clients have expressed outrage upon receiving the General tax bill,” said Richard P. Cronin, a partner with the firm of Cronin, Cronin, Harris & O’Brien, a law firm specializing in the handling of tax certiorari matters in Nassau County.

“They are seeing tremendous increases in their General taxes, partly due to the DAF charge which appears as an additional line item on the General bill.  There is confusion when they learn this DAF charge was removed from the School bill and added to the General bill,” said Cronin.

So where does the confusion lie, and what can be done about it?

The way the law is supposed to work is straight-forward.  There are two components to the tax bill – a school tax and a general tax.  Under the new law, the tax paid to the school district will be based upon a decreased assessed valuation to the extent of the reduction sought by the petitioner.  So, for instance, if the petitioner is seeking a 10% reduction in taxes, the assessed valuation would be reduced by 10%.  Then the actual dollar amount of the difference would be added to the general tax bill as the DAF charge, and the amount of additional tax collected would be added to the DAF fund and be available to pay any refund applicable to the property in question.

Cronin said, “[T]he confusion is due to the fact that most commercial taxpayers didn’t see any decrease in the School bill because of extreme increases in the school tax rates that the DAF law caused.  They are feeling punched in the gut by local government and who could blame them.”So the school tax rates are increasing to make up for the decrease in the assessment, leaving the taxpayers less than pleased and seemingly paying even higher taxes than previously.

And apparently that’s just the beginning.  For example, if the petitioner seeks a reduction of greater than 10%, the Nassau County assessor must make a determination in his discretion whether to also reduce the assessed valuation by more than 10% for tax collection purposes.  If he doesn’t, and the petitioner succeeds in obtaining a judgment lowering the assessment by greater than 10%, the DAF charges available to pay a particular settlement may be insufficient, in which case the difference, according to the Nassau County website, will have to be made up by the county.

On the other hand, if the assessor reduces the assessed valuation by more than the amount of the judgment obtained, resulting in an amount left over in the DAF, that amount, according to the law, “shall be distributed pro rata to the county and the applicable school district, town and special districts” arguably resulting in a windfall to the various taxing entities.

The law was passed pursuant to a mandate from the Nassau Interim Finance Authority to reduce costly borrowing by the county to pay certiorari settlements. However,  the legislation doesn’t address the underlying problem and merely scratches the surface of the county’s longstanding inability to get out from under the county guarantee.”

What is more, is the fact that the law appears to treat commercial taxpayers differently than other taxpayers and allows taxing jurisdictions to meet their budgets by artificially increasing rates.  This all may result in a proliferation of legal challenges to the law on equal protection, due process or other constitutional grounds.