Solar+storage will bring resiliency to communities - by Lewis Milford 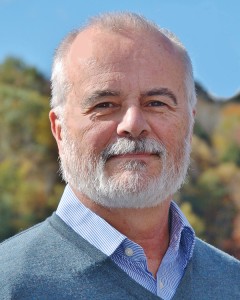 As cities work toward sustainability in the face of climate change, resilient power—the use of clean energy technologies to provide electricity to critical loads if there is a power failure—should be central to that conversation, especially on this third anniversary of Superstorm Sandy. Consider this:

• Excessive heat was the severe weather event that caused the most fatalities between 1995 - 2011 in the U.S.

• Over 80% of Americans live in large urban areas, and about 1.1 million households live in public housing.

Thousands of New Yorkers lost power as a result of Sandy. As the population of N.Y. increases and becomes older, urban planners and builders of multifamily and affordable housing need to consider ways to make buildings more resilient, sustainable, and efficient. Incorporating renewable energy technologies like solar with battery storage technologies (solar+storage) is one way to meet those goals.

Battery storage has become a hot topic for its many benefits to utilities, businesses, and homeowners, such as reduced electricity costs and backup power protection. Energy storage is the key to more renewable energy generation around the world. Solar+storage can help reduce dependence on fossil fuels and provide resilient power.

To make the economic case for these technologies, Clean Energy Group released a report analyzing the economics of solar+storage systems for multifamily affordable housing. The report, Resilience for Free, models project expenses and savings/revenue over a 20-year period in three metro areas: NYC, Chicago, and Washington, D.C. While market factors vary from city to city, each case points to one conclusion: resilient power can be provided at little to no net cost to help support those residents that need it most in an emergency.

With the implementation of targeted incentives, New York can encourage more planners, developers, and homeowners to adopt solar+storage systems, making buildings energy resilient, economically viable, more sustainable, and better able to withstand power outages due to severe weather or other causes. This makes dollars and sense.