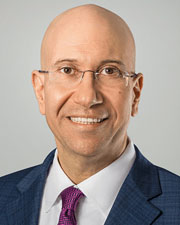 NYREJ: How did the multifamily market perform in the first half?

Shkury: New York City’s multifamily property market softened in the first half of 2019, weighed down by investor uncertainty ahead of changes to New York state’s rent regulation laws. From January through June, New York City saw $3.39 billion of sales and 169 transactions spread across 238 buildings, representing declines of 47%, 24% and 50%, respectively, compared to the second half of 2018, according to our company’s recently released report.

Enacted on June 15th, the Housing Stability and Tenant Protection Act of 2019 limits the upside potential of multifamily buildings that are dominated by stabilized units since it severely constrains a landlords’ ability to increase rent over time, even upon vacancy, with no ability to destabilize the units. For a complete overview of the new laws, please visit the Insights page on our website.

NYREJ: How did the submarkets perform?

Shkury: Manhattan recorded $1.39 billion in gross consideration for 52 transactions that consisted of 68 buildings. Compared to the second half of 2018, dollar volume dropped 55%, transaction volume fell 17% and building volume slid 33%. The largest sale in Manhattan was located at 450 Washington St., which was purchased by The Related Cos. for $260 million.

Northern Manhattan witnessed $237.06 million in gross consideration for 14 transactions comprised of 28 buildings, representing drops of 70%, 58% and 77%, respectively, compared to the second half of 2018. The largest sale encompassed two properties, 725 West 184th St. and 110 Bennett Ave. The two buildings, both located in Washington Heights, sold for $41.7 million.

In the Bronx, all three volume metrics declined compared to the second half of last year. The borough’s $404.94 million in total consideration for 38 transactions across 52 buildings represented drops of 31%, 21%, and 48%, respectively, versus the second half of 2018. The largest transaction was The Related Cos. elevator building sale of 2001 Story Ave. in Unionport to FBE Limited for $87.9 million.

Brooklyn registered $964.96 million in gross consideration for 40 transactions encompassing 56 buildings. Dollar volume remained steady, while transaction volume declined 27% and building volume dropped 53%, signifying larger assets were traded in the first half. The priciest transaction was the partial sale of 333 Schermerhorn St. from Steiner Studios to JP Morgan Chase for $253 million. However, the largest full interest multifamily building sale was the $130.44 million purchase of 395 Leonard St. in Williamsburg from The Rabsky Management to UDR.

The multifamily market in Queens observed an aggregate value of $393.27 million for 25 transactions involving 34 buildings. Transaction and building volume remained relatively steady. Dollar volume, however, declined by 56%. The largest sale was at 140-30/140-60 Ash Ave. for $80 million from Inter-Continental Financial Services to Zara Realty Holding.

For multifamily pricing metrics, please see page 6 of our report.

NYREJ: What do you see on the horizon for the multifamily market for the remainder of the year?

Shkury: Due to the Housing Stability and Tenant Protection Act of 2019, historical pricing indicators will become much less relevant and will serve mostly as a reference point. Multifamily transaction volume should remain muted, at least for the next few months, as market participants reassess pricing and strategies.

We believe that the pricing of multifamily assets will change depending on the following factors:

In most cases, underlying valuations will depend on current yield, which will result in capitalization rate expansion, and therefore, lower asset values overall.

NYREJ: Where can we get a copy of this report?

Shkury: Ariel Property Advisors’ “Multifamily Mid-Year In Review New York City”and all of our research reports are available on our website at http://arielpa.nyc/investor-relations/research-reports.