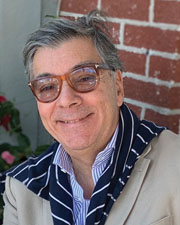 I’m a member of The Secret Broker Society, (SBS) which I founded in 2011 to help star brokers learn from each other, make more deals, and grow their businesses. The SBS Group consists of an all-star brokerage team that covers the globe: from Hong Kong and Shanghai in China; to Cape Town, South Africa; to London, Paris, Barcelona, Rome, and Dublin. We service all the major cities in the United States and Mexico, plus Montreal and Toronto.

Our team teleconferences happen twice a month, with each broker giving a detailed description of conditions in their markets, and current events.

Recently, some of the most surprising news is coming from Asia, and here’s how one of our brokers sees it. James Rogers, MRICS, is founder and CEO of Catesby, a Shanghai-based real estate services firm. A version of this article previously appeared on Luxury Briefing:

With the World Health Organisation (WHO) announcing Coronavirus COVID-19 as a pandemic, we are experiencing one of the greatest global crises for a generation. A question we at Catesby are continually being asked is, “What impact is this having on the Chinese retail market?”

Many retail groups, including those in the luxury sector, were quick to revise their forecasts in early February as the outbreak started to impact China. In addition to the slowing sales, the opening of the new stores and ad campaigns were halted. 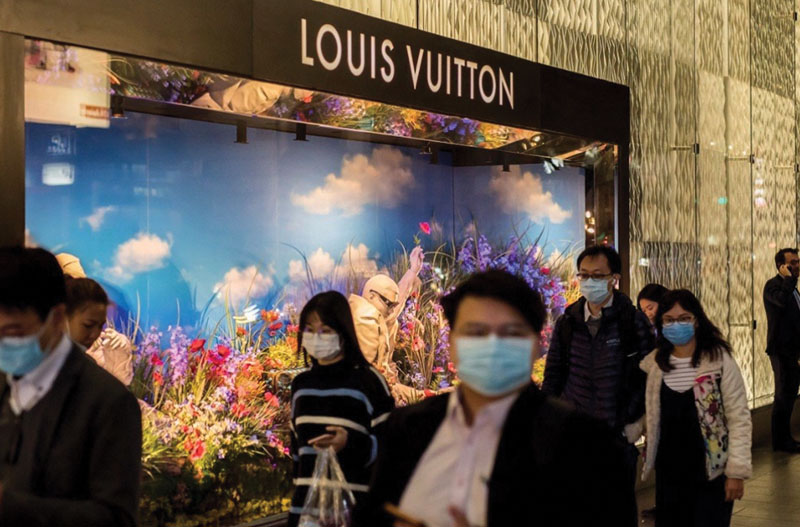 While Europe and the U.S. struggle to contain the virus, China is starting to return to a sense of normality—albeit slowly. Whether you agree with the government’s drastic measures or not, they have been effective in bringing the number of cases down significantly from six weeks ago. Hubei Province this week lifted its travel restrictions, except in the city of Wuhan, which lifted restrictions on April 8th. Businesses have again reopened, although with certain new measures in place. Shopping malls across the majority of major cities have been allowed to reopen, meaning stores are again trading—although often with shorter than normal operating hours.

The impact on the economy has been enormous, with retail sales down 20.5% for the first two months of 2020. It will obviously take time for China to return to normal, with people hesitant to visit crowded spaces and preferring to stay at home. This has driven a further boom in the online market. While the majority of retailers in China have an online presence, some luxury brands have been slow to go online. The local consumers have proved they have no qualms buying luxury items online, so we anticipate change, with more luxury brands strengthening their online presence going forward. In the short term, certain categories will perform better than others, although most experts believe that once the worst of the epidemic is over, China’s retail market will bounce back quickly.

A lot of China’s retail growth going forward will be driven by consumer confidence, which thankfully appears abundant. The Agency Wavemaker recently undertook a sentiment survey of 4,100 consumers across all provinces in mainland China. According to the report, 78% of those questioned were either very, generally, or somewhat optimistic about the impact of the outbreak, revealing that they plan little change in their spending. As a result, it’s anticipated that once all the restrictions have been lifted, a surge in spending is likely.

The results of this sentiment survey appear to be playing out. Foot traffic is rising and queues are starting to appear again outside some stores. Without making any big-ticket purchases during this time, consumers now appear willing to spoil themselves and make some luxury purchases. Historically, many consumers would have delayed their luxury shopping until they travelled internationally. However, due to the current situation in the rest of the world and the travel restrictions imposed, fewer Chinese will be travelling internationally for the foreseeable future. Therefore, we expect strong luxury sales in China going forward, although this could be affected by the impact Coronavirus has on both logistics and manufacturing.

Unfortunately, the situation is less positive in Hong Kong, which appears to go from one crisis to another. The retail market was obliterated in 2019 by the protests, and 2020 has to date proven not much better, given the impact of COVID-19.

As of this writing, Hong Kong’s government has put further restrictions on visitors to the Special Administrative Region. Hong Kong’s retail market has for too long been heavily dependent on visitors—and as a result, is struggling. There remains a continued threat of protests. While landlords are offering rental relief, it appears too little too late. A number of brands are terminating leases prior to their actual expiry and it is Catesby’s view that most retailers will consolidate their Hong Kong store portfolios over the coming months.