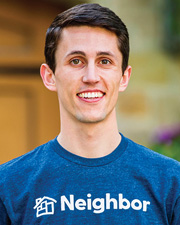 A monumental shift is occurring in the national economy, a change that is even more pronounced within the commercial real estate sector. In an effort to rescue vacant square footage and restore cash flows, commercial landlords are converting existing space into dependable, recession-proof self-storage centers across the country.

As a result of the 2020 global pandemic, national shelter-in-place orders have caused a domino effect leading to mass commercial and residential real estate vacancies. Large corporations, including Twitter, REI and Zillow, will allow their entire workforce to work from home indefinitely, triggering employees in expensive, high-density cities to relocate in favor of more space and affordable living. According to Uncast, 3.75 million people fled New York City between January 1 and December 7, 2020. As a result, the brick-and-mortar retail establishments across the city have seen permanent losses in business as large swaths of consumers became more comfortable buying 100% of discretionary items online. Major motion picture production companies started selling box office hits to streaming services in an effort to salvage lost funds from theatergoers. Even families and foodies have warmed-up to the convenience of food-delivery in lieu of sit-down dining.

This shift in consumer behavior is prompting property and business owners to rethink “how do we monetize unused and unwanted square footage?”

Unfortunately, there are limited options to repurpose this currently vacant commercial space, especially in New York City. For property owners and commercial landlords looking for short- or long-term tenant solutions, there is the option to convert vacant and unused space for self-storage purposes. This can be as simple as laying tape down to rent out 10x10 “units” or bringing full storage lockers inside buildings. The greater the investment in converting the space, the greater return on lost revenue.

Self-storage as an asset class is not a new phenomenon. For four decades straight, self-storage is the fastest growing sector within all of commercial real estate. Its growth has been fueled by investors attracted to the dependable cash flows and high margins driven by low operating costs. In fact, self-storage was the best performing asset class during the 2008 meltdown and subsequent recession.

Remarkably, self-storage has seen exponential growth during the COVID-19 pandemic. In Q2 2020, during the height of nationwide lockdowns, national self-storage occupancy hit its highest levels in over 12 quarters at 92.2%. In New York City, this trend is exacerbated by a moratorium that prevents the build of new self-storage facilities. The existing supply can’t possibly meet the rising demand (supercharging the opportunity for storage conversions), so the occupancy levels just keep rising and rising. Whether in a permanent or temporary capacity, high interstate moving activity has driven storage demand in urban markets. In less densely populated areas, work-from-home and lockdown policies have also boosted the storage industry. Homeowners have turned to storage units when cleaning out space for an office, gym or extra room as people spend more time indoors.

After countless operational, economic and political shocks in NYC, commercial real estate owners are getting creative in identifying new and reliable sources of income. By diversifying their tenant mix through self-storage and parking options on Neighbor’s platform, there is income to be found in previously under-utilized or “undesirable” commercial space. For example, a former Thai restaurant in Brooklyn’s Navy Yard was converted by New York-based Stuf and is now a fully built-out self-storage center, adding 40-50 easily accessible storage units to the area. A WeWork basement on Market St. in San Francisco and a former golf course in Miami have also turned to Neighbor as a way to cover short-term losses and generate recession-resilient income. In the case of the NYC restaurant and the San Francisco office basement, the owners opted for installing inexpensive cage buildouts instead of renting the spaces as-is in order to boost rent per square foot by over 100% after subdividing the space. In fact, after investing in this long-term conversion, the San Francisco WeWork property has reached 90% occupancy and is on track to distribute $15-$18 per s/f to ownership on previously “unleasable” basement space.

Because self-storage is a highly fragmented industry with an 85% market share owned by mom-and-pop shops, there is plenty of opportunity for property owners to tap into this source of revenue and expand New York City’s self-storage supply.

Overall, self-storage may not be the “sexiest” asset class within real estate but has proven to be a reliable source of income with minimal tenant management/turnover. If you’re considering converting your space, April-June are the months with the highest share of self-storage bookings in New York City, making Q1 of 2021 the ideal time to plan your self-storage strategy and have it ready for lease ends in the spring.

Joseph Woodbury is the CEO and co-founder of Neighbor.com, New York, N.Y.