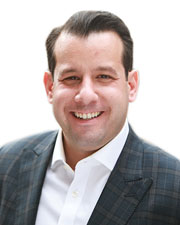 City Bay Capital has become a leader in the retail real estate capital markets business due to our foresight and understanding of the changes occurring in the industry. In recent years, there has been a lot of fear about investing in retail real estate due to a technological revolution that has caused many historically successful retailers to fail due to their inability to adapt their businesses. The failure of these retailers should be viewed as an opportunity for retail landlords, since the vacancy gives them the ability to renovate and/or redevelop their centers so they can cater to tenants who have adopted new technology and business practices.

Landlords that are turning their properties into town centers will fair best over time. The town center has existed and thrived in organized civilizations for millennium. Rome, Paris, Jerusalem, London, Madrid, Athens and other ancient/historic cities all have retail corridors that have remained relatively unchanged and successful for hundreds of years. The main changes in these cities’ retail corridors are the retailers occupying these storefronts who have evolved with technology and the cultural environment. Owners who redevelop or renovate their retail centers with design elements of the world’s great cities will do best since the cities evolved to perfect the human experience; hence their long-term success.

The majority of post-war retail centers were built to accommodate the advent of the automobile and are inspired by the Corbusian experiment. Humans have thrived on this planet since we evolved into social animals whose competitive advantage is being able to work and live in groups. It is human instinct and desire to be able to walk, be around large groups of people, enjoy the outdoors, and interact in a positive manner with members of the community, which is why open-air centers with entertainment components have performed best in recent years for suburban and rural areas, even in cold climates. It also explains why the walkable cities such as New York City, San Francisco, Boston, and Washington D.C. have performed and persevered through all economic cycles since their inception. As our populations continue to increase, become less reliant on cars, and desire to be in urban settings, retail centers designed as town centers will lead to substantial investment returns for retail landlords.

The biggest irony in modern day retail is Sears, it began as a mail order catalog business in 1893, then built big box stores to accommodate the automobile, and has now gone bankrupt due to is inability to revert back to its original business plan–which Amazon has successfully mimicked and perfected. History repeats itself, and this leads me to believe that there will always be a need for both thriving town centers and mail order businesses since they have historically co-existed successfully. Mail order businesses have existed since the advent of human civilization. As an example, the Egyptians had advance trade routes that allowed customers to order goods that were shipped via the Nile River or Mediterranean Sea, customers could order goods through merchants like Marco Polo during the time of the Silk Road, customers were able to order goods from most countries around the world through the British East India Co., and there are countless other examples.

Owners who continually update their retail centers to maintain a sense of place for the community, use the urban planning and architectural successes that have shaped the world’s greatest cities as a guide for renovation and redevelopment, and pursue tenants that have invested heavily in technology and the customer’s experience will continue to thrive. As the “invisible hand” continues to replace old tenants with new tenants that think 15+ years ahead, history will view this interim technological disruption in retail real estate as a great buying opportunity for retail real estate investors with forward thinking business plans.