Question of the Month: How can a rental company help with a national crisis response? - by Ron Lanzo

I’m taking a bit of a change in direction with this issue and my newest article. Instead of exploring the many things that can be rented or why it still makes sense to rent, I’m going to address the ways rental companies such as AFR Furniture Rental Inc, can help during these times of national crisis. We’ve all seen our lives changed dramatically as a result of the COVID-19 pandemic that has brought our once booming economy to a complete halt. In New York City, often referred to as the city that never sleeps, there were no longer any Broadway plays, theaters and restaurants had been shuttered. Meals could be ordered online, and picked up curbside, but all the bars, nightclubs and restaurant venues shuttered for more than a month. Our hospital emergency rooms became overwhelmed and hospital admissions exceeded the bed capacity in many cases. The number one concern for our state, local and national governments became how to treat those who had become ill and keeping the rest of the population safe. 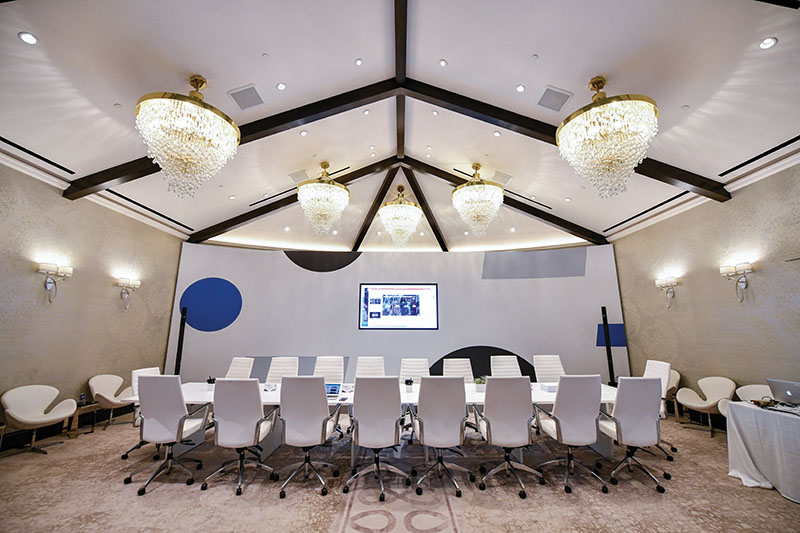 What we saw happen quickly in New York City was how fast the USACE, The Army Corps of Engineers, established a new 3,000-bed hospital in what had once been our biggest convention center the JAVITTS Center. This was an amazing accomplishment setting up a hospital with this many beds in less than three days! At AFR, we too were asked to help the Veterans Administration’s Los Angeles, CA., field office. We were able to get 25 beds, nightstands and plastic stack chairs delivered and installed in less than 48 hours. In times like these, it can often be tempting for a company whose business has been devastated by something completely beyond their control to react by trying to sell everybody. It would have become clearly obvious to everybody if we just jumped into the ambulance chaser mode and started to run after every scenario to secure any order. Instead we’ve relied on our industry position as a federally certified national disaster recovery provider. We also had our GSA or General Services Administration contract to provide both residential and commercial rental furnishings. Supplying federal government agencies like FEMA (Federal Emergency Management Agency), the FDA (Federal Drug Administration) and the CDC (Center for Disease Control) with vitally needed product and services greatly helps and enhances their mission-critical response efforts.

As I look back over my nearly 12 years of experience here at AFR, I’m reminded about how we quickly jumped into action after Hurricane Sandy. It was our first experience up close and personal with what was a minor hurricane with winds just over the 75 mile per hour level. As it turned out, it wasn’t the wind but the water surge that did the most damage. As Long Island Sounds’ initial high tide didn’t empty due to the winds, it was the second incoming high tide that pushed the water over the sea walls and up the street. My wife left to check on a neighbor’s home by floating a kayak out of the garage, through our foyer and out the front door. I waited until some of the water subsided and walked up the street to my car wearing chest high waders. We had a mission to accomplish, get to New York, and help companies set up emergency response call centers. Our New York City office, being below 34th St., was still without power, so I secured an office with Worldwide Business Centers’ 575 Madison Ave. location. In less than two days, we supplied State Farm Insurance with five call centers. Simply outfitted with folding tables and chairs, they were able to set up temporary facilities to interview insurance claims and process insurance reimbursement checks to their policy holders. This was just one of many companies we helped in the days that followed. At 40 Wall St., we relocated an entire engineering company, CSA Group Architects & Engineers whose offices at 55 Water St. was now appropriately named. The water level in lower Manhattan flooded the basements of these buildings making it impossible to get the power turned back on for months.

These are the kinds of stories that made our company proud and it’s with this kind of determination I’m sure we’ll return the company to prosperity in the months ahead. We are wishing all our customers, employees and vendors the best as we focus on the task at hand. Getting New York City open again, as soon as humanly possible.