Overview of the 2019 Upstate apartment market - by Brian Heine 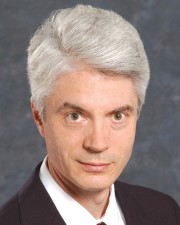 Robert Morgan and four other employees of the Morgan Companies in Rochester have been arrested for submitting false information to mortgage lenders to obtain inflated financing unsettling the upstate New York apartment market. Recently one former executive has plead guilty. Morgan owns 27,000 apartments in the Rochester market, 3,500 in Buffalo, and 2,000 in Syracuse and is a major player in all the Upstate markets, their holdings having grown rapidly since the early 1990s. Under pressure from lenders threatening foreclosure the company transferred the property management to a third party and with new financing impossible is looking to sell the entire apartment portfolio in a few large transactions to pay off the existing mortgage loans. The collection of well-located suburban garden apartment complexes is an easy deal to comprehend and the availability of a large apartment portfolio will attract immediate national interest, institutional investors prefer large transactions wherever they can get them and multifamily investment is a highly favored asset class nationally. The story is still unfolding as the government’s case proceeds but expectations are that the disruption to the market here should be minimal as the daily operation of the properties continues unaffected, area owners are waiting to bid on any properties that do enter foreclosure, and the area will benefit from the new investment from any sale to investors from outside the area.

Value and sale pricing for well-located and maintained apartment complexes is at all-time highs. Most attractive to investors are older class B complexes in established neighborhoods priced below new construction and with rent levels low enough to appeal to middle income tenants. The Nob Hill Apartments in Syracuse, a 761-unit midrise elevator complex in four buildings, sold for $58.5 million or $77,000 per apartment. An 880 s/f two-bedroom one-bath apartments rents for $875 or $.99 per s/f per month. In Rochester, the Imperial Manor Apartments, a 354-unit garden apartment complex in suburban Greece, sold for $19.1 million or $54,000 per unit. An 850 s/f two-bedroom rents for $915 or $1.08 per s/f. In the town of Webster, Country Manor, a 328-three story midrise, sold for $29.8 million or $91,000 per apartment. A 900 s/f two-bedroom rents for $960 or $1.07 per s/f per month. Buyers see opportunity here. With the right kinds of upgrades, the rents for these apartments can be $1.15 per s/f per month and still be below class A levels to keep existing tenants from moving–resulting in an increase in NOI and creating significant value.

Senior housing classifications constitute a significant portion of total multifamily sales, typically a few large sales in any given year, normally between institutional or national operators specializing in these facilities. The apartment sale market is broader and more liquid and with fewer transactions, principals, and markets to sell into prices in the senior housing market can be more volatile. Two Peregrine Senior Living memory care complexes–46-units in each–in Clifton Park north of Albany and in Orchard Park in suburban Buffalo, were sold by healthcare REIT HCP for $17 million. The Orchard Park property alone sold for $6.65 million, significantly less as to when HCP bought the property in 2012 for $13.52 million. Combined occupancy for both was 93.9% at closing, yet the Wall Street Journal reports developers are overestimating the number of tenants able to afford the rents for the highly specialized memory care and assisted living facilities, as opposed to independent living or 55+ complexes that compete directly with market rate apartments and provide no specialized care amenities. Rents at Peregrine Senior Living in Orchard Park start at $6,200 monthly.