No foreclosures for technical mortgage defaults - by Thomas Kearns 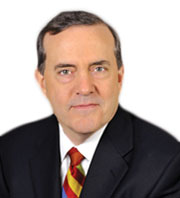 I started my legal career in the early 1980’s, an era of very high interest rates. As a young law clerk I worked on several matters where lenders holding older, long term mortgages at much lower rates would try to default borrowers based on technical violations of the mortgage. At the time, New York law had softened on technical defaults in the lease context relying on concepts of equity, but the notorious 1930 decision in Graf v Hope Building Corp. was thought to be the law of the state when it came to mortgages. In Graf, the only check signatory left a check with his office for the mortgage payment and then took a several week long trip to Europe. The check was $400 short and the lender defaulted the borrower and accelerated the mortgage before the signatory returned to the country. New York’s Court of Appeals, the highest court in the state, held that the lender could enforce the default even though the mistake was promptly corrected upon the signatory’s return.

My firm had a client at that time who had failed to deliver certain financial statements and had failed to pay taxes for a short period. I was in charge of researching whether the equitable principles that New York had applied to lease contexts was also applicable to mortgages. I read the leading treatises and struck out–the only favorable decision I could find was an impassioned dissenting opinion in Bay v Bay (1960) by an intermediate appellate court. In Bay, taxes of $650 were not paid on the family farm until after the default cure period had passed. The dissent argued that equity required that the farm should not be forfeited for the tax non-payment.

It was a well-argued opinion that would have helped my client perfectly. There was only one problem–it was a dissent. The majority cited Graf and the farmer lost. I continued to work on the brief arguing that the time had come to extend the lease rationale to mortgages. On the day before the brief was due, a law clerk is required to cite check all of the cases cited in the brief to see if there were any more recent decisions. That check resulted in good news and bad news. The good news was that the Bay decision had been overturned! By the Court of Appeals! It was great for my client! The opinion reversing the holding was unusual–very short: “Reversed based on the dissenting opinion below.” It was perfect! The bad news was that I had missed the reversal until the day before the brief was due. I sheepishly approached the partner in charge and explained what happened. She was understanding and we quickly worked the Bay decision into a much more important place in the brief. Our client won the motion.

After the case was over, I tried to figure out how I had missed the reversal. I retraced my steps and found that the treatises where I had started my research also missed the Bay reversal. I read a couple more treatises–they also missed it. I felt better. To this day Bay is not frequently cited in court opinions but it should be. Borrowers faced with a mortgage acceleration based on a short-term failure to pay taxes or other technical default should cite to Bay v Bay and let me know how you do. Borrowers should not be defaulted for technical, short-term matters that don’t materially affect the security of the mortgage. This is crucial since forfeiture of the property through a foreclosure process is a draconian penalty and because default interest charges can be punitive.