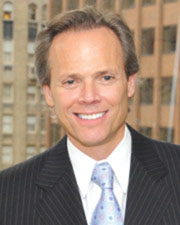 On April 19, 2021, the governor signed into law the New York State budget which has many new tax provisions. Several of the more pertinent provisions follow:

Also, effective January 1, 2021, the income taxes rates will decrease from:

The budget takes advantage of the IRS approved State and Local Tax (SALT) work around by creating an elective pass-through entity (PTE) tax. An entity electing to be subject to the tax would permit partners, members and shareholders of the electing entity to indirectly deduct state and local taxes paid, effectively mitigating the impact of the $10,000 federal cap for the deduction of state and local taxes paid. To be effective for the 2021 tax year, an election must be made by October 15, 2021. In subsequent years the election will need to be made by March 15th.

Effective January 1, 2021, the capital gain exclusion for investing in qualified Opportunity Zones (OZ) will be taxable for NYS purposes. Any tax benefits related to OZ investments made prior to 2021 are and will continue to be effective for NYS purposes.

Effective January 1, 2021, for corporations that have a business income tax base greater than $5 million, the tax rate will increase from 6.5% to 7.25%. Also, the tax rate based on capital will be reinstated for non-manufacturing corporations at a rate of .1875%. This reinstatement terminates after the 2023 tax year.

On April 28, President Biden addressed a joint session of Congress and announced the American Families Plan, portrayed as an investment in the nation’s children, families and economic future. The Plan contains numerous tax breaks for low and middle earner taxpayers and numerous tax increases for taxpayers “making over $400,000 per year.” It should be noted that as of now, the plan is merely a “wish list” of legislation that the President would like to see enacted into law. It remains to be seen which, if any, of the proposals will become law. Further, at this point it is impossible to predict what the effective date will be of any of the provisions that do become law. Accordingly, the following summary of some of the more salient proposals to increase taxes should be considered nothing more than a “heads-up” list of things to watch for as the year progresses. The Plan, if enacted, would: