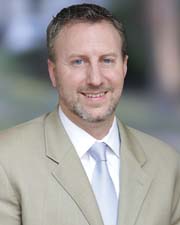 As of February 20, 2020, the newly amended rule governing exterior wall inspections and repairs has officially been put into effect. These new rules will have quite a large impact on building owners across New York City, including more stringent rules, new scaffold drop and probe requirements, and increased penalties – all of which point towards higher costs for the inspections and maintenance of buildings over six stories.

Here are some of the changes that have taken effect:

Façade Status: All buildings will need to post and maintain the status of their exterior walls – deemed as either Safe, SWARMP (Safe with a Repair And Maintenance), or Unsafe – in their building lobby to alert occupants and potential buyers/residents.

More Close-Up Inspections: New rules dictate that more “close-up inspections” will need to be performed at intervals of not more than 60 feet fronting each public right-of-way. For most buildings, this means more scaffold drops will need to be rigged for the close-up inspections, which may drastically increase the cost of inspections. You may be wondering what defines a “public right-of-way”, especially if your building has private courtyards, plazas, or parking lots, as do many buildings throughout NYC. The DOB has addressed this question by stating “the elevation of a façade is part of the public right-of-way if a member of the public who is not associated with the property in question can freely walk up to the façade of the building, even if that façade is on private property.”

Probe Investigations: The DOB has replaced what was previously a “visual only” investigation to what now includes physical probing of cavity walls in order to determine the presence and condition of wall ties within those walls. A cavity wall is defined as a wall system, typically masonry or concrete, that contains an airspace between the front and back-up wall and by which the two walls are tied together with metal ties. If your building was built after the 1920s, it is likely to have cavity walls. Pre-1920 buildings are more likely to have solid walls.

The rule states that at least one probe is required per scaffold drop on cavity wall buildings. In addition to assessing the size, spacing, distribution and state of wall ties, the QEWI must provide photographic evidence of wall tie conditions and placement.  While the DOB informed QEWI’s that “most probes are considered minor work and don’t require permits,” probes opened at least 40 feet above street level will likely require the installation of protective sidewalk sheds – an additional cost that will be incurred by building owners of taller buildings.

Experienced Inspectors: The new rules states that the Qualified Exterior Wall Inspector (QEWI), the inspector who provides the final review and sign-off on the FISP report, must be either a licensed architect or professional engineer with at least seven years of relevant experience to ensure inspectors have appropriate knowledge of exterior walls and how to conduct inspections of those walls.

Photos of Inspectors: To prevent against “false filings,” photographic documentation of the inspector performing the close-up inspection will need to be submitted with each FISP report. “The photo can be taken by anyone,” says the DOB–meaning selfie stick purchases by engineering firms may be on the rise.

New Penalties: Additional penalties have been implemented as well, including the newest penalty of $2,000 for building owners who reported a SWARMP condition during a previous FISP cycle, and then refile that same item as unsafe in the current cycle. The penalty for failure to file the initial inspection has jumped from $1,000 to $5,000 per year. The penalty for filing the initial report late has increased from $250 to $1,000 per month – with the fine starting on the day following the filing deadline. Finally, monthly civil penalties for unsafe conditions will accrue and increase annually, with base penalties for each year set at $1,000 a month, but with the second year adding a $10 per linear foot of sidewalk shed charged monthly, the third year increasing that to $20 per linear foot, and $10 per linear foot increases for the fourth and fifth years of the cycle.

While there are clearly new costs involved to implement these new regulations, it is evident that the DOB has successfully raised the bar on making NYC a safer place to live, and as a result, will hopefully reduce the tragic fatalities caused by poorly maintained buildings throughout our city.