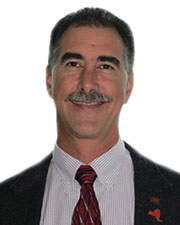 I hope you are enjoying the Summer.  With Fall quickly approaching, it is always a good time to start planning your education for the coming year to be sure you have met your continuing education (CE) requirements.  Members frequently ask about the requirements for CE and also the Code of Ethics training, which are two separate items (see below).

The New York State Department of State (DOS) requires all licensed real estate brokers, associate brokers and salespersons to complete 22.5 hours of approved continuing education within their license period in order to renew their licenses. This requirement includes at least three hours of approved fair housing and/or anti-discrimination training and one hour of agency training (2 hours during the licensee’s first license cycle) within their license period to renew their real estate license.

All Realtor members must take 2.5 hours of approved Code of Ethics training in order to be in compliance with the membership requirement of the National Association of Realtors.  If you have not taken an approved Code of Ethics course since December  31, 2016, you must take one by December 31, 2018 so that you do not get suspended from membership. You can take the course on-line for free by going to the National Association of Realtors website:  www.nar.realtor

The National Association of Realtors commends rep. Mike Coffman for his introduction of the 21st Century Internet Act. Rep. Coffman’s bill comes in response to the Federal Communications Commission’s 2017 decision to dismantle net neutrality regulations, with the legislation ensuring that Internet Service Providers, or ISPs, cannot block or throttle online content or services.

In November 2017, the FCC, under chairman Ajit Pai, released a plan to dismantle landmark regulations that ensure equal access to the internet, clearing the way for internet service companies to charge users more to see certain content and to curb access to some websites. Realtors were vocal opponents of rules proposed by the FCC to create a two-tiered internet by allowing Internet Service Providers (ISPs) to charge companies a premium to boost website download speeds. Virtual net neutral practices are essential to ensuring that real estate content may be freely and efficiently distributed online, particularly as the marketing of real estate is increasingly conducted online through streaming video and other services.

The new legislation secures into law the “four corners of net neutrality,” focusing on providing consumer protection for those accessing and doing business online. The bill also requires ISPs to publicly disclose management practices, prohibits ISPs from engaging in unfair or deceptive acts, and ensures that both broadband equipment and services are accessible to and usable by individuals with disabilities.

“NAR applauds the congressman for his work on this legislation and pledges to continue working with Congress and the FCC to protect our members’ ability to freely share lawful content on the internet.”

The National Association of Realtors is America’s largest trade association, representing more than 1.3 million members involved in all aspects of the residential and commercial real estate industries.

Guy Blake, CCIM, is the president of NYSCAR and is an associate real estate broker with Pyramid Brokerage Company, Newburgh, N.Y.