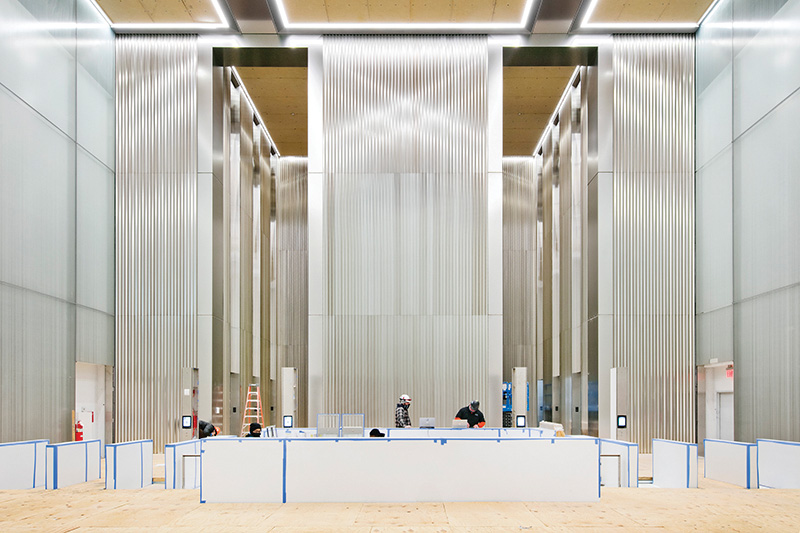 Manhattan, NY L&L Holding Co. has been awarded a temporary certificate of occupancy (TCO) from the New York City Department of Buildings (DOB) for 425 Park Ave., signaling the substantial completion of its Foster + Partners-designed office tower in Midtown’s Plaza District. 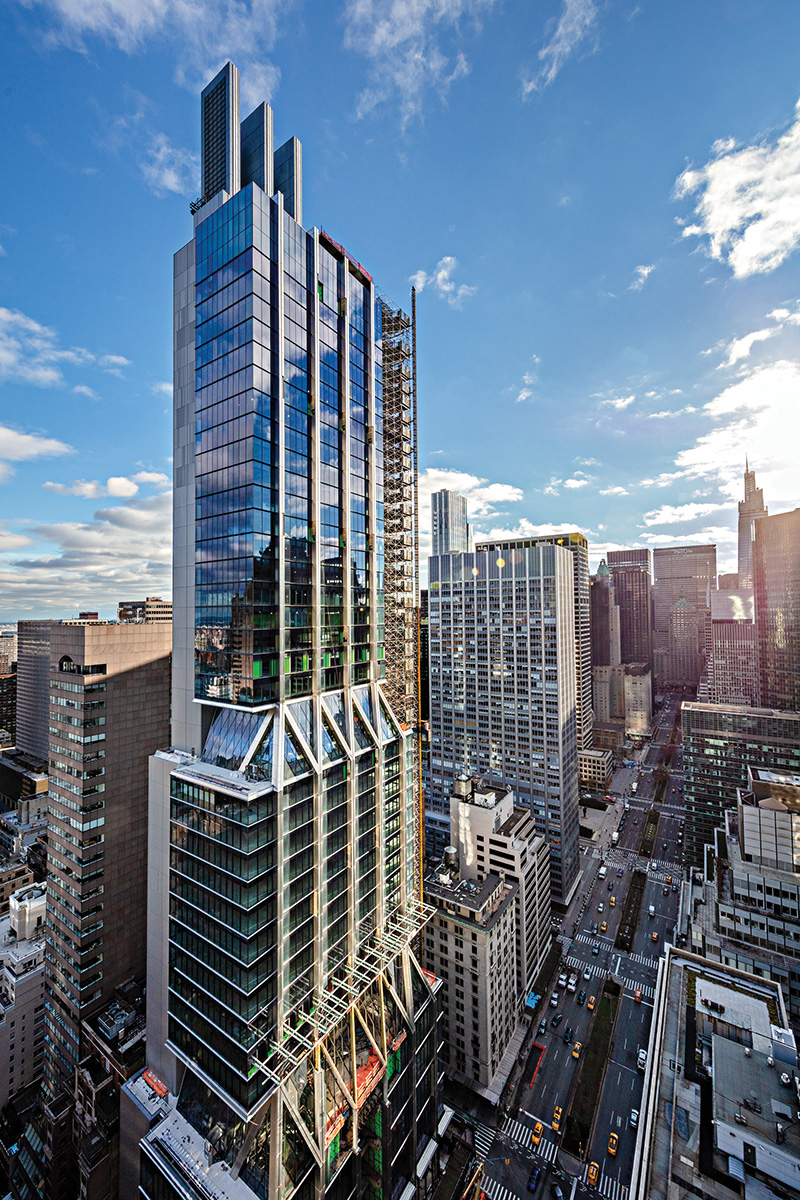 The 47-story skyscraper is the first full-block tower to be completed along this stretch of Park Ave. in half a century, joining such architectural icons as the Seagram Building and Lever House.

L&L Holding, which is developing 425 Park Ave. along with its co-equity partner and co-developer Tokyu Land Corp. and co-managing partner BentallGreenOak, has achieved a number of milestones. The building’s glass-and-steel façade, including its triple-height diagrid floors, is now fully enclosed, and the exterior tower crane has now been dismantled and removed.

L&L has turned over 16 office floors to the tower’s anchor tenant Citadel Enterprises LLC for tenant fit-out. Citadel has pre-leased 331,800 s/f of the 670,000 s/f tower, including 425 Park’s signature three-story diagrid floor and corresponding mezzanine, and the penthouse office floor.

L&L has also begun interior work on 425 Park’s triple-height amenity floor near the top of the tower, which will serve all of the building’s occupants. The space, which will be framed by Lord Foster’s signature diagrid, will feature outdoor gathering spaces, an installation by celebrated artist Yayoi Kusama, transcendental meditation by the famed David Lynch Foundation, and food and beverage service from chef Daniel Humm. The proprietor of the Michelin-starred Eleven Madison Park, Chef Humm is also partnering with L&L to house his next culinary concept in a soaring plaza level space adjacent to the tower lobby.

“From the moment we first proposed the idea of replacing a non-descript and antiquated office tower with what would be Park Ave.’s first 21st century office tower, we viewed it as our obligation to create a best-in-class environment in every respect,” said L&L chairman and CEO David Levinson. “We invited the world’s greatest living architects to present their visions, a process that resulted in our partnership with Norman Foster and his team at Foster + Partners Understanding that 425 Park needed to be about more than just its physical structure, we teamed with visionaries from the worlds of art, cuisine and human wellness to curate an extraordinary experience for 425 Park’s future occupants.” 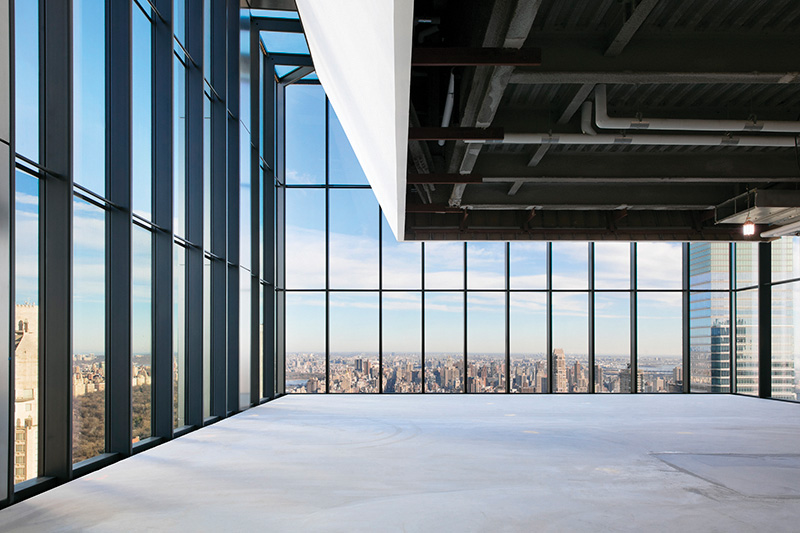 L&L president and CIO Robert Lapidus said, “We are eternally grateful to our project partners Tokyu Land Corp. and BentallGreenOak, as well as our anchor tenant, Citadel, for sharing our vision for 425 Park. Their efforts alongside our incredible team at L&L have helped us achieve this once-in-a-lifetime opportunity to create an indelible and lasting mark along the world’s most important commercial boulevard.”

Norman Foster, founder and executive chairman, Foster + Partners, said, “425 Park Ave. will set new standards for workplace design and provide an enduring landmark that is both of its time and timeless. It has been a pleasure collaborating with David and Rob, who share our desire to positively impact the health, wellness and productivity of 425 Park’s future occupants, in addition to addressing environmental concerns.”

As NYC’s first WELL-certified building, 425 Park will boast a full suite of health, wellness and environmentally-friendly features, including abundant natural daylight, the freshest and highest-quality indoor air available, and energy-efficient mechanical and ventilation systems. The building recently attracted the attention of the Harvard Business School and the Harvard T.H. Chan School of Public Health, which developed a case study called “A Tower for the People: 425 Park Avenue,” which chronicles L&L’s efforts.