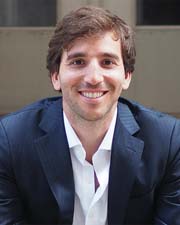 In the second half of 2019, if you went purely by the headlines you came across, you’d have thought that there was a crisis taking place in the world of coworking. Although there’s definitely been an increase in vigilance over expansion projects, and a louder conversation developing around accountability for vacancies at various properties, this fever pitch is not enough to scare me away from the future of coworking. In fact, I believe that the seismic shift we’re witnessing now in this area is ultimately only going to improve the status of and reliance on coworking as a viable solution.

But let’s step back a little so I can explain why. Coworking might be the most well-known of all available flexible office solutions, however it’s by no means the only one out there. In truth, flexibility when it comes to office leases and office spaces is (still) emerging as a new norm for the industry, one that landlords are arguably for the first time wrapping their heads around and adjusting their business practices to better serve. With the changes we’ve seen in when and where people work, and the makeup of workforces being radically altered as a result, we’ve only begun to scratch the surface on seeing the impact of distributed work. Office space options must not only keep up with these changes, but they also should anticipate where both employers and employees are heading.

That’s why, last June, we launched FLEX by SquareFoot to deliver a one-of-a-kind solution to give business owners the office spaces they want paired with the terms they want. One-, two-, or three-year leases are harder to come by when, traditionally, landlords require tenants to sign longer leases. Those expectations are going away slowly. More and more landlords we speak with are telling us that they want to give modern business owners what they seek. It was a gap in the market, and a shortage of available office spaces matched with this model, that I’d argue led so many people to default to coworking spaces in the past. Rather than fight unwilling landlords for shorter leases, they could find those short-term leases in the form of coworking. For some clients, a shorter commute or a trendy neighborhood might be at the top of their wish lists. Increasingly, though, we’re hearing from people who cite short-term leases as the most essential component of the space they need, a deal breaker when measured against other possibilities.

Coworking can be the right solution, and many people do host their growing businesses inside of them. But it’s certainly not ideal for all. In fact, what was once the perfect fit a couple years ago, can cease to be an attractive option for a company that scales and matures. Put differently, their success led to some unexpected growth pains. Because SquareFoot has placed countless clients into coworking, we are uniquely suited to help those who are beginning to crave another, different option to understand their needs and to show them what they want. FLEX is our way of meeting people where they are. It’s what our clients have repeatedly told us is a top priority. In this way, we have introduced a new option for middle-sized companies.

So, contrary to what you may have read, flexible office solutions are booming. And they’ll only grow to be a larger chunk of the market going forward. The vacancies you’ve read about in coworking spaces generally don’t reflect discomfort with the business model but rather too much speculative growth by certain operators and not enough emphasis on attracting and servicing consumers. Meanwhile, the companies that were inhabiting those coworking spaces have awoken to the growing sense that they can get out there and now, for the first time, find the office space of their dreams. They realized what’s possible beyond the status quo of just a little while ago. The disappointment they once found and felt is no longer the case. I’m also happy to report that landlords have opened up to the modern era and the possibilities that these prospects can offer them, too.

Instead of thinking about coworking as its own category, it should be slotted into context as one of several solutions for flexible office space. In addition to our FLEX solution, SquareFoot also owns and operates PivotDesk, our service that pairs up a host and a guest to share a designated space—offering yet another flexible tool with tenant success in mind. The flexibility in office space solutions reflects the flexibility taking place behind the scenes, from willing landlords. And the entire industry is thriving as a result of these changes.

Flexibility is the main story here, and there’s potential here to rethink and reimagine the commercial real estate industry for the better. By putting clients’ needs first, everyone wins.

Jonathan Wasserstrum is the founder and CEO of SquareFoot, New York, N.Y.