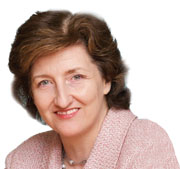 Urban societies depend heavily on the proper functioning of complex infrastructure systems. The convergence of several trends and conditions now pose unprecedented risks for those systems world-wide: Urbanization, which is creating a larger built-environment potentially impacted; growing importance of electricity in supporting modern economic systems; increasing frequency and relative ferocity of natural–and man-made–disasters on a global scale; and dearth of new infrastructure projects, compounded by aging legacy assets.

The consequences of this convergence demonstrates that infrastructure–in developed and developing countries–is highly vulnerable and problems must be addressed to avert disaster.

As the world’s largest urban areas rapidly evolve to ‘megacities,’ necessary infrastructure development, revitalization and repair serving those megacities has not kept pace. Contemporaneously, the inadequacies of existing foundational infrastructure have been exposed, as the installed base of global power generation has grown almost 800% over the past 40 years.

Infrastructure is inexorably intertwined with the economic and social well-being of a community. This reliance becomes painfully evident when critical infrastructure systems fail during disasters. Because of the network properties of infrastructure and increasing urban density, damage in one location often disrupts service in an extensive geographic area, significantly damaging complex, interdependent social, environmental, and economic systems, and leading to greater losses of life.

A. Inadequacy of critical infrastructure sufficiently resilient to withstand these calamities;

B. Lack of mitigation strategies by emergency-related organizations, industries, and communities; and

These steps, among others, can be taken to minimize the impact of disasters on critical infrastructure and accelerate recovery, including pursuing an integrated mitigation and resiliency strategy:

Strategically addressing legal, procedural, physical and communications gaps in disaster preparedness and response, and coordinating interagency, and public/private, actions are critical to successfully achieving resiliency and mitigation and averting a global infrastructure catastrophe.