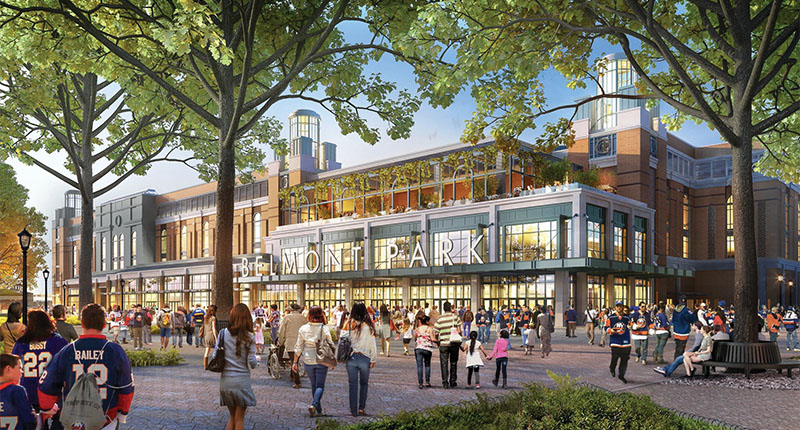 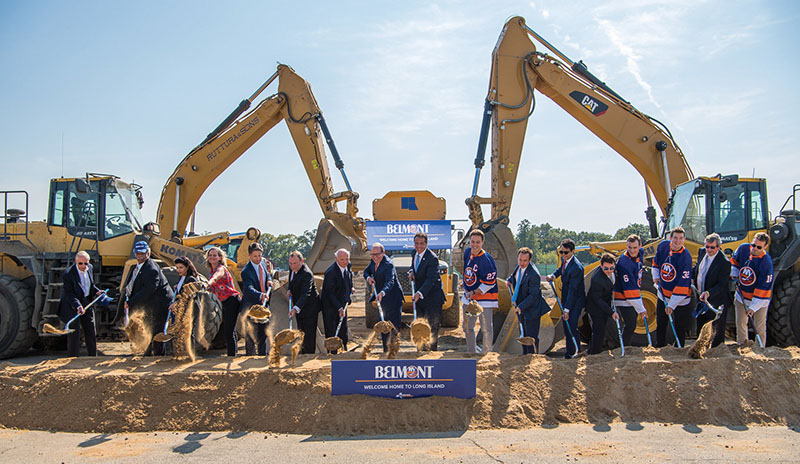 The $1.3 billion redevelopment of Belmont Park will transform surplus land at the Long Island site into the new home of the New York Islanders, a 350,000 s/f retail and entertainment complex and new hotel that will create a world-class sports and entertainment destination. The newly redeveloped Belmont Park, which is entirely privately funded, will serve as a destination for sports, entertainment, retail and hospitality, while strengthening the local economy and boosting tourism. Plans include addition of over 3,200 permanent jobs and 10,000 construction jobs.

In July 2017, Empire State Development (ESD) issued a RFP and received three responses that were evaluated under the highest standards and criteria. New York Arena Partners, (NYAP) a joint venture among Sterling Equities, the Scott Malkin Group and the Oak View Group was conditionally designated to lead the project.

In addition, governor Cuomo announced the team has agreed to play 28 regular season games at the Nassau Veteran’s Memorial Coliseum during the 2019-2020 season, seven more than previously planned. These announcements further the governor’s efforts to turn Belmont Park into a premier sports and hospitality destination that bolsters Long Island’s economy.

“The Islanders belong on Long Island — and today we start building the state-of-the-art home this team and their fans deserve while generating thousands of jobs and billions in economic activity for the region’s economy,” governor Cuomo said. “With seven more Islanders games at the Coliseum this season, fans will have even more opportunities to see their favorite team and generate momentum for the move to their new home in two years. At the end of the day this project is about building on two great Long Island traditions–Belmont Park and the Islanders–and making them greater than ever.”

“The construction of the new arena at Belmont Park will redevelop the home of The Islanders, support more games and events, and increase visitors to the region,” said lieutenant governor Kathy Hochul. “This significant project will establish Belmont Park as a sports destination and will create thousands of jobs and boost economic activity on Long Island.”