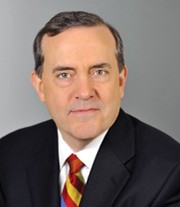 Because of Olshan’s long standing practice in ground leases we have been involved in several assemblages of multiple parcels where our client is either the ground landlord of a key parcel or the developer attempting to incorporate a ground tenant position in the assemblage. Families who own New York real estate enter into long term (often 99 year) ground leases to maintain ownership of the property for the next generations. The ground lease structure reduces management headaches but also reduces some of the upside in value in exchange for a secure rent stream. The rent for vacant parcels does not truly become secure, however, until a new building is constructed on the parcel–once constructed, the building gives significant value to the tenant’s estate and, since a default in rent would deliver the building to the landlord without a payment, the incentive to stay current on rent is overwhelming.

Developers seek to assemble multiple parcels to maximize the size and floor plates of the new building and increase the efficiency of construction. But when an assemblage seeks to add a ground lease parcel, the complications can be enormous. For example, if a developer seeks to upzone a block, the municipality may approve of the upzoning on the condition that a park, school or other amenity is created in parts of the assemblage. If the developer owned all of the parcels outright he or she could freely locate the amenity. But if one of the parcels is ground leased, the ground landlord will not want the amenity located on its parcel because the amenity will reduce the parcel’s value and will benefit the fee owned parcels without consideration being paid to the landlord.

Another example involves the desire by the developer to construct one large building that crosses property lines of the ground leased parcel and the developer’s fee parcels. If the ground lease later terminates due to default or at the end of the 99 year term, the ground landlord must be able to independently operate the building that stands on its parcel. Many times the landlord will refuse to permit the larger building, i.e., it will require the developer to build an independent building on its lot. With the right incentives, a landlord might approve a building that straddles the property line using either a contractual arrangement or perhaps converting the owned estate from land to a condominium unit. Both scenarios involve complex documentation.

The key element that ground landlords must focus on is to be in a position after a default by the ground tenant or the expiration of the term to independently operate a property which has not been reduced in value by zoning changes or other restrictions.