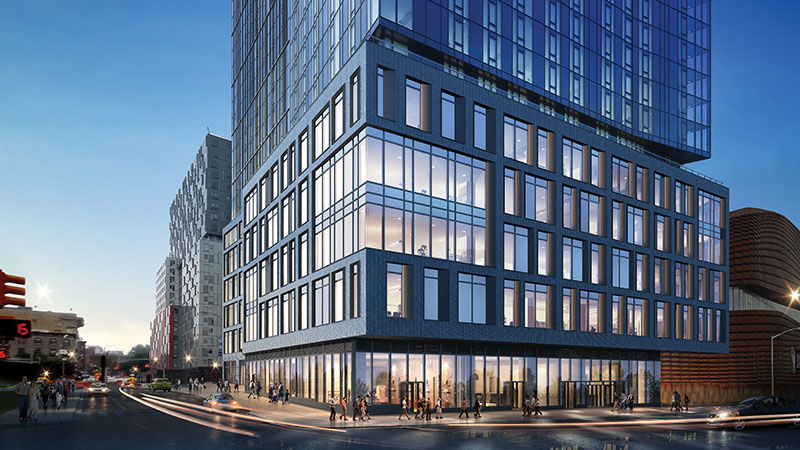 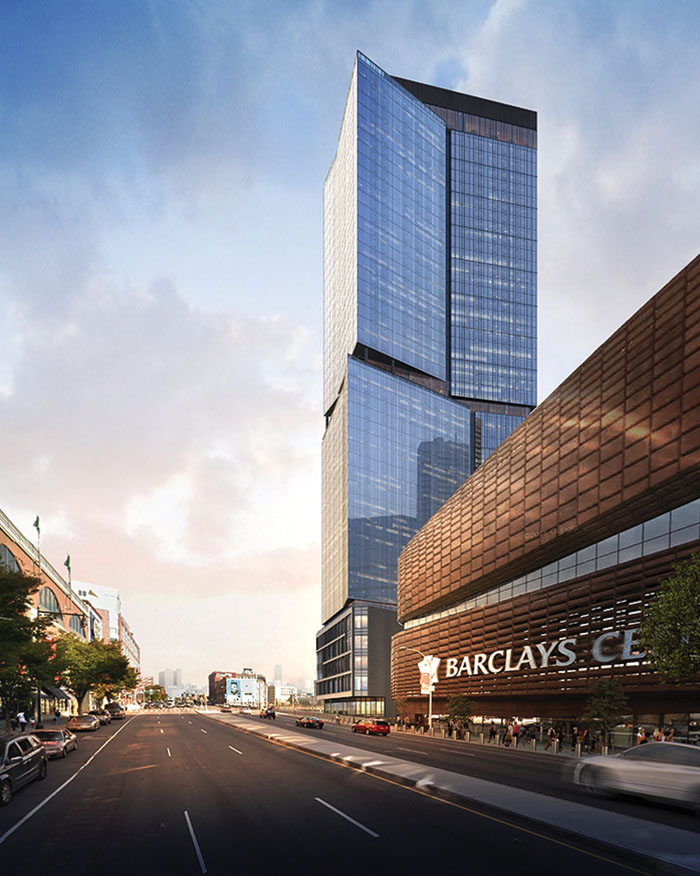 Brooklyn, NY Greenland Forest City Partners and The Brodsky Organization celebrated the topping off of construction at 18 Sixth Ave. (parcel B4) at Pacific Park, the new 22-acre mixed-use project. The milestone comes on schedule despite the pandemic and created more than 500 construction jobs. Pacific Park’s largest residential building will deliver 858 mixed-income residential units, including 258 units of affordable housing.

“The topping off of 18 Sixth Ave. is another major milestone for Pacific Park,” said Scott Solish, executive vice president of development at Greenland Forest City Partners. “Pacific Park is a landmark project for Brooklyn and New York City, and the progress at 18 Sixth Ave. demonstrates our ongoing commitment to providing modern affordable housing and delivering a transformative mixed-use project for all New Yorkers.”

“The Brodsky Organization is delighted to see the topping out of 18 Sixth Ave., the ongoing progress of Pacific Park, and proud to play a role in keeping New York’s economy moving safely during this challenging year,” said Dean Amro, principal at The Brodsky Org. “Along with our investment at 662 Pacific St., we are proud to bring much-needed affordable housing and a public school to this community.”

“The topping out of 18 Sixth Ave. is a tremendous milestone at Pacific Park Brooklyn. Our team has worked tirelessly to ensure that work continued this year safely and productively, helping to create hundreds of jobs when New York needs them the most,” said Jay Badame, president of AECOM Tishman, the construction manager on the project.

At over 500 feet tall, 18 Sixth Ave. offers 360-degree views of the borough. Designed by Perkins Eastman, the residence will bring amenities to its over 800 mixed-income residential units. Located on Sixth Ave. and Atlantic Ave., 18 Sixth Ave. will be a dynamic addition to the area’s ever changing skyline. The Brodsky Org. has also recently topped off construction at 662 Pacific St. (parcel B15), which includes a mixed-income rental residential building and a new public school.

In total, Pacific Park will offer 6,430 units of housing, including 2,250 units of affordable housing, as well as office space, neighborhood retail, community facilities and eight acres of publicly accessible open space. Pacific Park also features substantial infrastructure improvements including a new storage and maintenance facility for the Long Island Railroad, new rail access to and from the Atlantic Terminal station and significant improvements to the infrastructure network in the surrounding area. The site is anchored by the sports and entertainment arena Barclays Center and Atlantic Terminal Transit Hub along the Atlantic Ave. corridor.