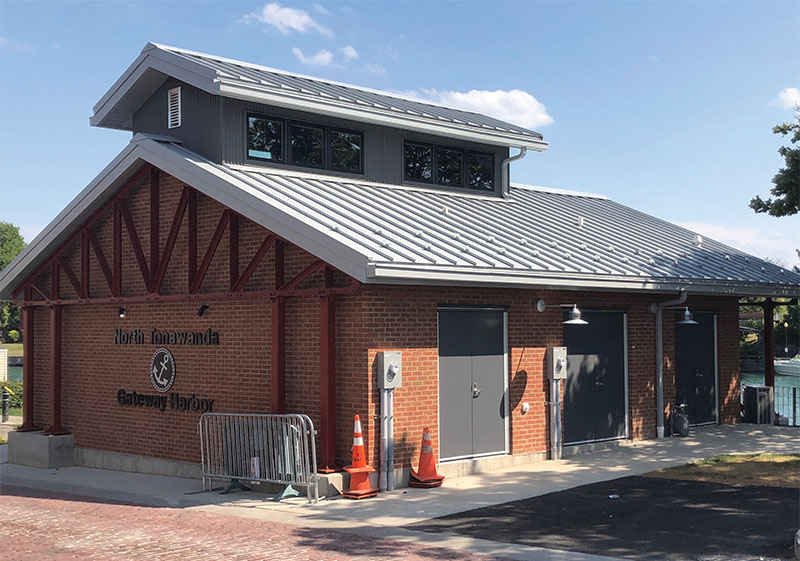 North Tonawanda, NY Governor Andrew Cuomo celebrated the completion of improvements at Gateway Harbor Park. The project–with funding from the Smart Growth Community Fund, a Buffalo Billion II initiative–provides enhancements for both boaters and pedestrian park users, including the construction of a modern, ADA-compliant harbor master facility; extended dockage with upgraded utility hookups; improved lighting; and picnic facilities. The improvements at this municipal urban park help to expand waterfront amenities in this location by residents and tourists, further creating a sense of place and attractive community where people want to live and work.

“The Smart Growth Community Fund uses targeted, strategic investments to deliver on improvements for neighborhoods throughout Western New York,” said Cuomo. “This investment will give the community a park with modern, accessible facilities and more attractive features, which will help bolster tourism for North Tonawanda and the region as a whole.” 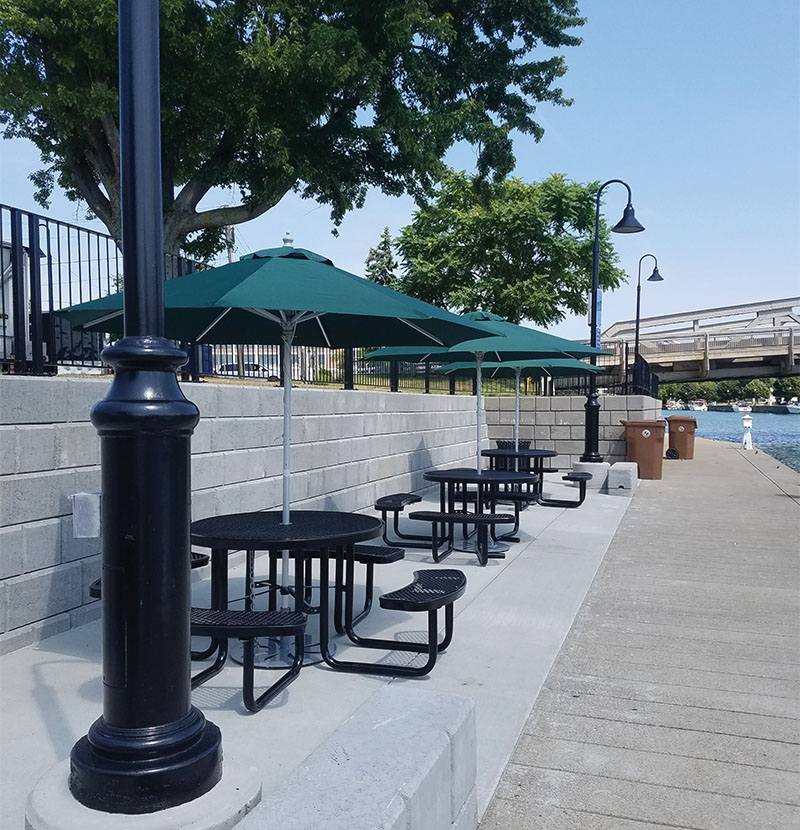 In October 2017, the city was awarded up to $2.5 million in funding through the governor’s Buffalo Billion Phase II initiative in an effort to encourage the city to proceed with planned community and economic development initiatives that advance smart growth. The city leveraged the state’s investment to expand the number and scope of projects being completed in its downtown, which also include streetscape and pedestrian enhancements, pocket park improvements, signage and visual improvements at downtown entry points, pedestrian improvements at four crossings located on River Rd., green infrastructure improvements to Main St. and funding to support the renovation of the YWCA of the Niagara Frontier.

The project also received $700,000 from the Environmental Protection Fund Local Waterfront Revitalization Program and $100,000 from the Canalway Grant Program as part of the governor’s Regional Economic Development Council awards in 2017.

In 2017 and 2018 in Western New York, applicants to the statewide DRI competition not selected as the regional winner were automatically eligible for funding through the Smart Growth Community Fund, a $20 million initiative to fund ready projects in municipalities that revive traditional main streets, preserve historic buildings and foster mixed-use private investment, and encourage walkability and increase access to waterfronts and green space. Funding has been awarded to eight Western New York communities, each receiving up to $2.5 million. Funding awards were recommended and approved by the WNYREDC. Projects selected within each community are shovel-ready and can be completed within one to two years.

The city’s downtown, at the convergence of the Erie Canal, Tonawanda Creek and the Niagara River, has been the focus of the Local Waterfront Revitalization Program and the Brownfield Opportunity Area program and is the central shopping, dining and entertainment corridor for the city.