Exchanging property you didn’t know you had - by Pamela Michaels 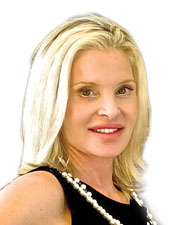 In the Northeast and especially New York City, properties with views sell at a significant premium. Developers and long term owners work to ensure that their views are unrestricted. The means of doing so often involves the purchase of air rights from adjacent property owners thereby ensuring that no structure can be erected which blocks the views of owners within a building.

Of course, where there is a potential gain, there is a potential tax and the question arises whether gain resulting from a sale of TDRs can be deferred by exchanging TDRs for a fee interest in real property under IRC Section 1031. More precisely, are TDRs like-kind to a fee interest in real property? In PLR 200805012, the Internal Revenue Service (IRS) addressed that question squarely. The IRS noted that “[t]he types of property rights and interests that constitute interests in real property...for purposes of §1031 are broad” and that “[w]hether property constitutes real or personal property generally is determined under state or local law.” The IRS went on to analyze the two issues commonly addressed in a real property like-kind analysis:

(i) The nature of the rights represented by the TDRs (e.g., whether TDRs constitute an interest in real property), and

(ii) The duration of the rights obtained under the TDRs.

The IRS then considered the duration of the rights obtained under the TDRs, because interest in real property must be of sufficient duration to be considered like-kind to a perpetual fee interest in real property. The IRS found that “various sections of the local ordinances cited by taxpayer provided that development rights are as-of-right and not discretionary, meaning that they exist permanently rather than at the discretion of a city agency or other decision-making authority. As such, these rights appear to be analogous to perpetual rights.”