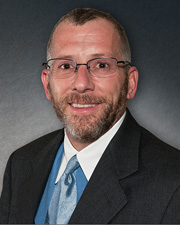 Today, there is an abundance of complicated New York City environmental regulations and numerous others (city, state and federal) that are constantly changing requirements for compliance! The city struggles to manage itself, is too political, and has too many litigious occupants.

Costs of environmental non-compliance can be overwhelming, costs of violations, legal counsel, court hearings, internal staff/management time, negative press, and let’s not forget about emotional costs. Even when right, you can still be wrong in New York City!

One example started in 2018 with NYCHA. The executive director, based on staff knowledge, executed a HUD compliance document stating all was compliant. Unbeknownst to the executive director, her staff was lying! This caused a media frenzy, a resident uprising, plenty of litigation, enforcement actions, followed by new New York City regulations. Consequently, the mayor and city council passed a series of amendments to New York City Local Law 1 of 2004. One amendment was directed at the DOHMH by creating a new definition, “unsafe lead paint (ULP),” which lowered the action level for the issuance of a DOHMH lead-based paint violation to 0.5mg/cm2. Even though city and federal levels for compliance remained at 1.0mg/cm2.

New York City DOHMH has already been issuing violations at this newly established unsafe lead paint of 0.5 mg/cm2. Over the past two decades, many landlords responsibly decided to test their units in compliance with the 1.0mg/cm2 action level and applied for exemption status; an exemption status that many believed was received presuming HPD did not send them any notice of deficiency or otherwise revoke based on the language of the exemption application at that time.

Jump to 2020: A child between 0 years and 18 years has an elevated blood lead level. New York City DOHMH investigates the property and finds readings above the newly established 0.5mg/cm2 (ULP) but below 1.0mg/cm2 (current federal and city action level). The landlord/management previously proved lead paint above the regulatory action level (1.0) did not exist and applied for exemption, but a DOHMH violation is issued today regardless. Because New York City DOHMH issued a lead violation, New York City HPD issued a Record Production Order. Well, guess what, the landlord does not have records because they thought their property was exempt after not hearing from HPD. Because the landlord cannot produce the paperwork, New York City takes the landlord to court. When I asked HPD recently what a landlord could do to remove the violations, the response was that they have to produce the records. How can owners/managers produce non-existent records? A previously used HPD Form L-09B, Application and instructions for exemption from Administrative code 27-2056(a), clearly implied based on its own language, owners were exempt upon submission unless advised by HPD otherwise. So, no records were collected or kept?

Even if you comply, rules can change and do change. What was once HPD’s process is no longer the process, action level…and so on! The solution is to protect yourself from environmental risk and officially establish your internal environmental risk management team! A team of experienced professionals who know the laws, the agencies, and the risks; one that has the tools to assist your property stay environmentally risk safe. Your risk management team can help you stay abreast of applicable regulations, can review existing programs and support documentation, can provide technology for documenting compliance, and can assist with environmental services you might need. Why manage your risk after the fact, commit to establishing a team today!

Lee Wasserman is the president of LEW Corp. and NAETI, Mine Hill, N.J. 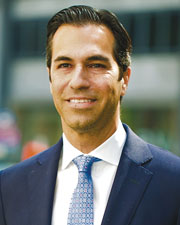