Environmental concerns and their influences on contaminated properties - by John Rynne 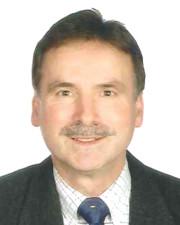 There is an analogy between contaminated properties and used cars. For the last 50 years contaminated properties have been a significant issue for the real estate industry. Before that time, there was less due diligence in purchasing, selling, lending, using or developing contaminated properties. The issue wasn’t talked about and literally covered up, buried and/or kept out of sight. When I entered the real estate industry in 1973, purchase contracts and mortgages were hardly ever subject to environmental concerns. This changed in part with Love Canal in Niagara Falls which became an international story shortly afterward in 1977. Love Canal was a former chemical dumping site which was later developed into a school and residential subdivision.

Love Canal triggered an explosion of environmental issues with real estate, beginning in the late 1970’s. Vacant gas stations with petroleum product contamination soon became the precursor for zombie properties. When a gas station closed; many times it would remain vacant for an abnormal period because of the real and perceived stigma. PCB’s (polychlorinated biphenyls) which were in electrical transformers also became the pariahs of real estate. One of the first residential pariahs was urea formaldehyde insulation. This insulation became popular shortly after the oil and natural gas embargo by OPEC in the early 1970’s. It had a relatively high R factor which worked well with electric baseboard or electric forced hot air heating systems. In the 1980’s asbestos became the newest villain on the block. Older properties with boiler systems had asbestos insulated pipes and boilers became suspect along with newer properties that had asbestos sprayed steel structural steel for fire proofing. Radon became the next major pariah especially in the residential market in the 1990’s. Radon was found to be a danger by emitting radioactive particles which occur naturally in many of the soils of Upstate New York through basements. Single-family, multifamily and office properties undergo radon testing in certain designated areas. In fact, some of these properties have temporary or permanent radon mitigation systems installed.

Later, mold issues became a significant contamination factor in the marketplace. In the Appraisal Journal, published by the Appraisal Institute in the Spring of 2005, a toxic mold survey had a random sample of 113 respondents, 58% would bid on the toxic mold house and 42% of the respondents would not. The average discount for the property affected by the toxic mold releases was 59%. This may be high because there were numerous throw away bids or bottom fishing bids. The average discount of the top quarter of potential bidders was 20% when information about toxic mold problem was known and the problem was believed to be cured. This could be loosely interpreted as pure stigma damages. One developer I spoke with stated their past practice was to purchase environmentally contaminated properties at a large discounted price. He used the example of an office property. They had a contract on it, but when they found out there was mold in the building, they canceled the contract. One local lender stated that they would not lend on any contaminated property, unless environmental insurance could be obtained. Therefore, an appropriate adjustment must be made to the value if a detrimental environmental hazard exists or may exist. Lenders play an important role in the marketplace in addition to buyer/sellers, brokers, and appraisers.

Thus, these intensified environmental concerns have created negative influences on value in major ways such as increased marketing time, the expense of the environmental audit, hard cost of cleanup/remediation and the stigma. The stigma is split into two categories: Finite stigma and permanent stigma.

The finite stigma is a loss of value other than the direct costs of cleanup, rehabilitation and remediation due to risk. The biggest element of the finite stigma value is the pre-cleanup entrepreneurial profit which rewards the owner of the contaminated real estate for the risk of undertaking the project of restoring the property to an uncontaminated status. After the direct cost of cleanup is finished the finite stigma still exists but does naturally phase out. This is similar to the “time heals all wounds” phrase. The permanent stigma is attributed to loss of value due to the undetermined risk of future remediation which is attributed to the phrase, “Did they get it all?” It can last theoretically into semi-perpetuity. The best analogy of this would be to the purchase of a used car. If the “Carfax” history showed a serious accident occurred at any time, the buyer would probably discount the price.

In summary, it took a awhile; but I finally got to the first sentence of this article; the analogy between contaminated properties and used cars.